Sinn Féin Leader Gerry Adams TD has welcomed the support of other parties for a Dáil debate next week on the need for a more robust Government response to the issue of violence against women.

Mr Adams was speaking following his attendance at a Women’s Aid Minute of Silence event to remember 78 women killed by their partners or ex-partners since 1996, and in advance of debate on the Sinn Féin Domestic Violence (Amendment) Bill tomorrow.

“Violence against women is a deep-seated problem in society which affects a huge number of citizens. The scale and gravity of this problem requires a more robust State response.

“I am calling the Minister for Justice to provide time for the Dáil to debate this hugely important issue and am hopeful that it will happen during the annual 16 Days of Action Opposing Violence Against Women, between 25th November to 10th December.” 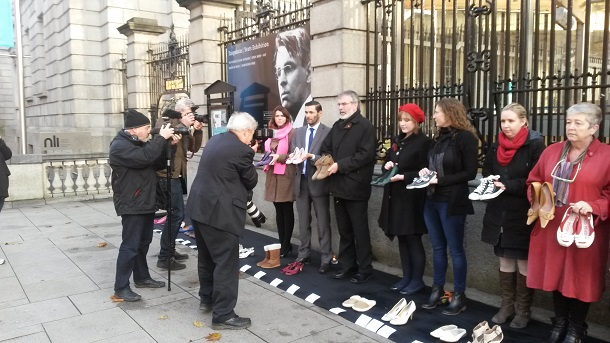