Speaking on the final day for submissions to the Working Group on Seanad Reform, Sinn Féin’s spokesperson on political reform David Cullinane has called on the government to respect the will of the people. 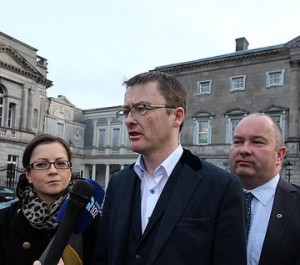 “In October 2013, the government’s referendum proposal to abolish the Seanad was rejected by the people. All participants and parties involved in the referendum campaign acknowledged that, in its current form, the Seanad is undemocratic and elitist.”

“Since then, no steps have been taken toward reform and its business as usual in the Seanad.”

“This is not acceptable in a functioning democracy. The Seanad must become a fully inclusive, representative, relevant and accountable institution.”

“In its submission, Sinn Féin is calling on the government to introduce direct elections to the Seanad for all Irish citizens on the same day as the Dáil elections.”

“There can be no place in a modern democracy for an elected institution to which only a small minority of people have the right to vote. To best represent the general public interest and reflect the priority of public accountability the Seanad must become a functioning and relevant democratic forum for all our people.”