Sinn Féin Spokesperson on Heritage, Sandra McLellan TD, has formally requested today that the Taoiseach intervene in the proposed sale by NAMA of the GPO/Moore St 1916 battlefield site to international investors.

Deputy McLellan made the request in tandem with relatives of the 1916 leaders, groups affiliated with the protection of Moore St as well as other Oireachtas members.MA of the GPO/Moore St 1916 battlefield site to international investors.

Deputy McLellan, who is the Chair of the Cross Party Oireachtas Group on Moore Street said:

“We today have made formal request to an Taoiseach for the protection of the 1916 National Monument. This site, which spans from number 14 to 17 Moore Street, has been described as ‘the most important historic site in Irish history’ by the National Museum.

“It is a key part of our history and heritage, yet Nama has refused to meet with the Cross Party Oireachtas Moore Street Committee members. To sell it off to private investors, who will doubtless have little regard as to its significance beyond its commercial potential, is unacceptable and an affront to Ireland’s people and history.

“We must protect this battlefield site. The 1916 ‘freedom quarter’ must be removed from the NAMA property portfolio. It cannot be allowed to become a shopping centre as had been planned by insolvent property developer Joe O’ Reilly. It must be respected for its historic and cultural significance which far outweigh commercial gain.

“As we move into the centenary of one of the defining moments of Irish history, we are asking the Taoiseach and the government to act swiftly and decisively in order to make sure that our heritage is honoured appropriately. 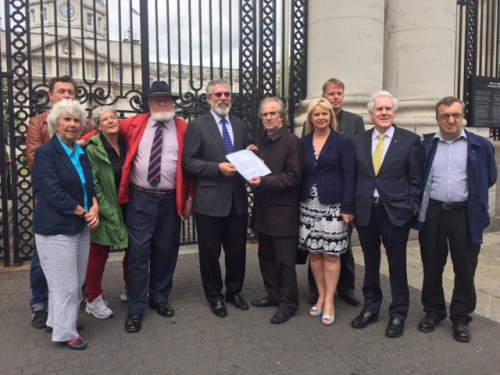