“The recent Dunnes Stores dispute illustrates with great clarity why we need legislation that provides for banded hours contracts.

“Despite the company’s healthy profits, management has shirked its responsibilities to employees by the widespread use of short-hour contracts, and as a consequence employees don’t know from one week to the next what shifts they have or the income they will earn. It is hard to reconcile this archaic treatment of workers with a functioning modern economy.

“Casualised insecure work is bad business for workers and employers alike. Dunnes Stores abuse of 15 hour contracts is undermining good businesses built on sound practices, and hard won employment rights are being flouted by the company.

“Under the Labour Party and Fine Gael’s watch low paid insecure contracts are now part and parcel of the labour market, leaving families unable to make ends meet. 20 per cent of those signing on are in part-time casual work, and underemployment remains unacceptably high.

“In-work social protection supports such as Family Income Support are vital to ensure families can put food on the table and keep a roof over their head, but these payments are also a government subsidy to businesses regardless of their profitability.“

“Sinn Féin’s banded hour’s contract legislation provides a right for an employee or their trade union representative to request additional weekly hours within contained banded hours, and a corresponding obligation on the employer to not just consider the request but to act on it unless there are justifiable financial grounds for not doing so.

“Where a worker disagrees with the employers refusal on the grounds set out in the legislation they can pursue their complaint through the Workplace Relations Commission.  The legislation also includes an obligation on the employer to provide information to all employees on the overall availability of weekly or monthly working hours in the employment.

“Mandate has successfully negotiated banded hours contracts with a number of large employers who have constructively engaged in the state’s industrial relations mechanisms. Unfortunately as some employers like Dunnes Stores take a very different approach to the rights of their employees we have, as legislators, we an obligation to provide alternative mechanisms to facilitate the relationship between employers and trade unions.” 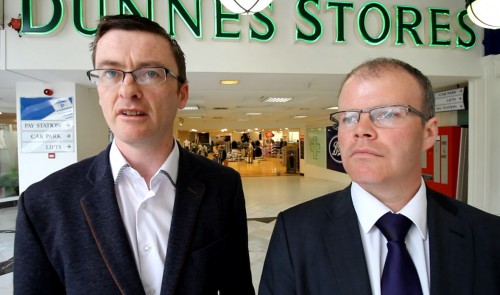