Sinn Féin elected representatives from Tyrone, Armagh, Monaghan, Cavan and Meath gathered at historical Navan Fort today to launch the party's submission in opposition to the planning application by the north's energy system operator, SONI, for the Tyrone to Cavan section of the cross border electricity project, the North-South Interconnector.

The party continues its long record of calling for the project to be delivered underground.

"Sinn Féin's position has been very clear from the very start, from the time that this project was first mooted. We recognise its importance to the island economy and to the safety and security of electricity supply in the north but, without a shadow of a doubt, this project is best delivered underground.

"Technological advances in recent years show that undergrounding is not only feasible but cost effective over the life of the project. It is certainly the best way to deliver this important infrastructure on time and on budget. This one move will address the full suite of genuine concerns, in relation to health, the local environment, heritage, agriculture, property and land devaluation for example, that residents and landowners along the proposed route have. Undergrounding makes absolute sense.

"Such is the scale of legitimate public opposition to the North-South Interconnector project, as proposed, with overhead powerlines supported by gigantic pylons, that we are firmly of the opinion that this project is in serious jeopardy if Eirgrid and SONI don't come up with an underground alternative. It really is a case of underground or bust." 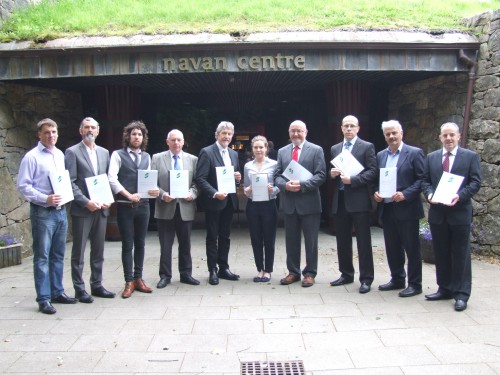