The Mayors of three of the Dublin local authorities were invited to meet today in South Dublin County Council to discuss the housing crisis, and to call on the new Government to make housing a priority.

Cllr Sarah Holland called the meeting, and invited Erica Fleming of RTEs My Homeless Family along to give Mayors and chairpeople of the council housing committees a briefing on life in a hotel.

Educated and in full time employment, Erica has been living in emergency accommodation with her 10 year old daughter for almost a year, with no end in sight.

She is using her public profile to highlight the housing crisis and to give a voice to those marginalised families who are existing day by day going from hotel to hotel.

“I called this meeting following a discussion with my colleagues on the South Dublin County Council Progressive Alliance. There is more to the role of Mayor than cutting ribbons, so we decided to see if we could have an impact by collectively calling on the new Housing Minister to make solving this housing emergency a priority.

“Housing is the number one issue we face as county councillors, and I’m not alone in sometimes feeling that it’s like banging your head off a brick wall.”

The four local authorities have agreed a plan of action, to include calling for a meeting with the new Housing Minister.

Also present at the meeting was Cllr Cathal King, who has been active on the councils housing committee since 2009.

“Not a day goes by that I don’t have a housing case to deal with. We are seeing three generations of families living in overcrowded conditions, homeless families living in emergency accommodation and we have 9000 on our list waiting on homes, in some cases up to 10 years.

“We have encountered difficulties in getting the money off central Government.  Former Minister Alan Kelly has said several times that there are funds available, but this is not being handed over to us.

“The new Minister needs to hit the ground running, and all four Dublin authorities will be writing to ask for a meeting as soon as possible.” 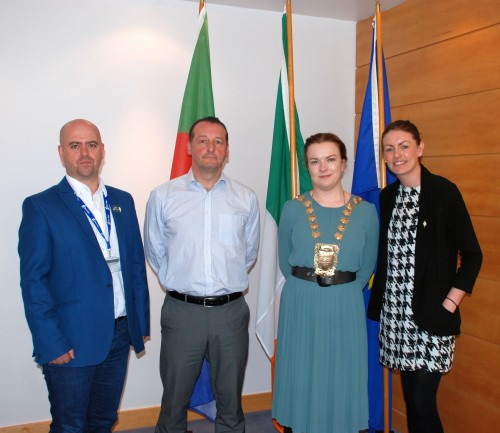