Is the Department of Housing ‘cooking the books’ on vacant Council homes? – Ó Broin

Sinn Féin Housing Spokesperson Eoin Ó Broin TD has called on the Minister for Housing Eoghan Murphy to “come clean on the real number of vacant Councils houses returned to use”. The call was made after a PQ reply from the Minister claims that 8,512 Council voids were returned to stock between 2014 and 2017 while a 2016 report by the National Oversight and Audit Commission indicated that there was a total of 4,202 council voids in the system in 2014.

“The issue of long term vacant Council houses has been a cause of concern for some years. At a time of acute housing need, there has been significant pressure on Councils to ensure that Council properties that become vacant are relet as quickly as possible.

“A number of years ago, it was revealed that there were a large number of long-term vacant houses that Council not be let out because they did not have the money to refurbish them. These units had essentially fallen out of Council stock.

“Additional money has been provided by the Department of Housing since 2014 to bring these units back into active use. Each year, the total number of ‘returned long term voids’ has been included in the Department’s new social housing figures.

“However, a major discrepancy has now emerged in the Governments figures. A 2016 report from the National Oversight and Audit Commission states that there were 4,202 vacant Council houses in 2014. Just over half of these units were vacant for more than one year.

“Yet, in a recent Parliamentary Question Reply, Minister Murphy has claimed that 8,512 long term vacant Council houses have been brought back into use since 2014.

“This is not just a question of numbers. The Government is including these figures in their annual social housing output figures. However, it appears that either the Councils underreported the real level of long term vacancy when reporting to NOAC for the 2016 report or that the Department of Housing are not only including Council units that have been brought back into use after a long period of vacancy but also those that are just being relet from one tenant to another.

“No matter what the explanation is, this looks suspiciously like a case of cooking the books to make the figures look better. I have raised the matter directly with the Minister for Housing and strongly feel that he needs to come clean on the real number of vacant Councils houses returned to use.

Note to editor: Please see the PQ in question and a link to the NOAC report below:

There were 2,326, 2,696 and 2,090 vacant social homes brought back into productive use in 2014, 2015 and 2016, respectively, with funding assistance from my Department. The latest information for 2017 indicates that nearly 850 units have been completed and I anticipate that this figure will reach over 1,400 by year-end.

Local authorities are continuing to undertake works under the programme in 2017 and submit claims for funding on an on-going basis, as works are completed.  As such, my Department does not yet have complete figures for the average costs of units retrofitted this year. 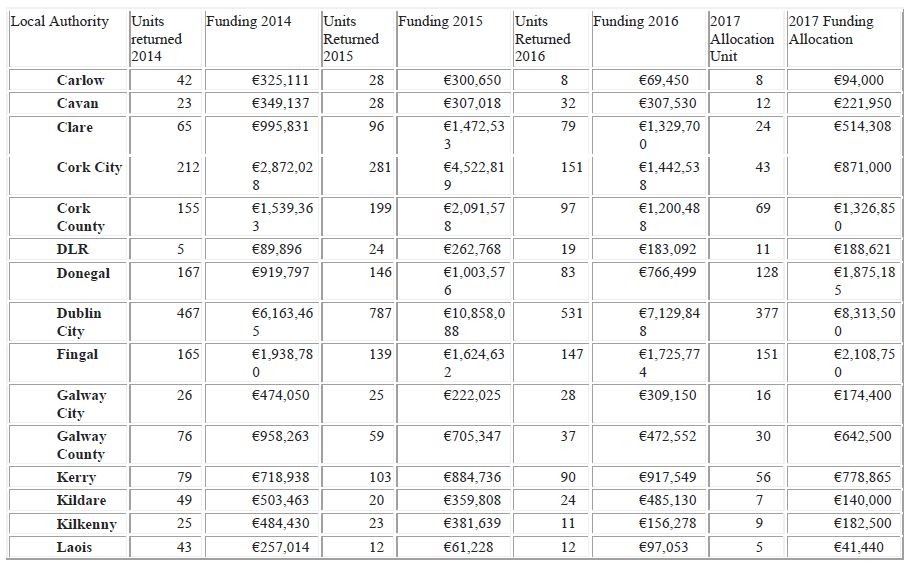 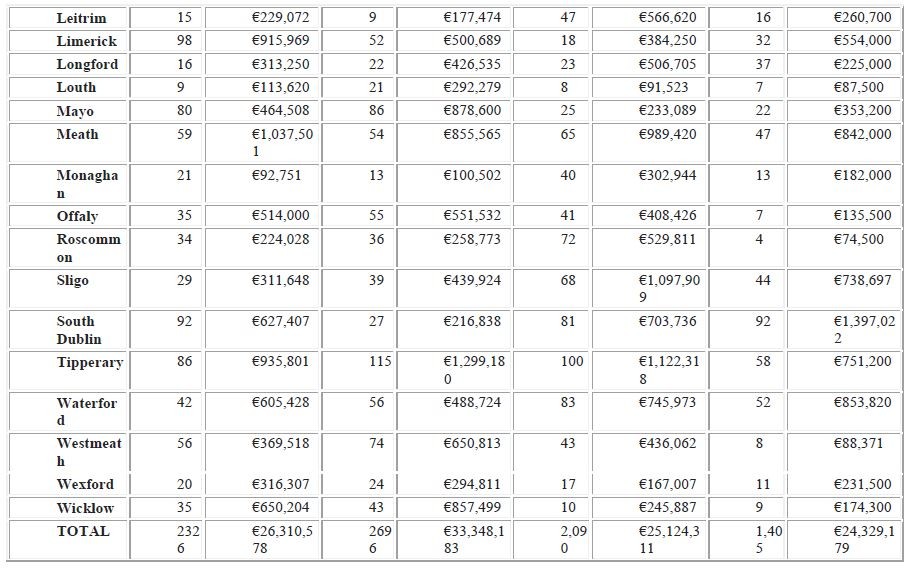