Speaking today after receiving documents from the Department of Finance under the Freedom of Information Act, the Cork North-Central said:

“On Tuesday, and in every budget for the next three years, both Fine Gael and Fianna Fáil plan to divert €500 million of public money into a financial instrument they have labelled as the 'Rainy Day Fund'.

“After receiving internal documents from the Department of Finance it has been made clear that the Rainy Day Fund will not be used in response to Brexit, nor can it be used for general spending in health, education or public services.

“Documents released by the Department of Finance confirm that the government intend to use the fund in the case of ‘exceptional circumstances’.

“While the Minister and Fianna Fáil have repeatedly refused to tell Sinn Féin or the public the true purpose of this fund, the documents confirm that it could be used to bail out banks or financial institutions.

“In these documents the Department of Finance refused to rule out the Rainy Day Fund’s use for a bank bailout, before confirming that:

“'If one bank needed a capital injection, then the liquid funds available in the rainy day fund could be used'. 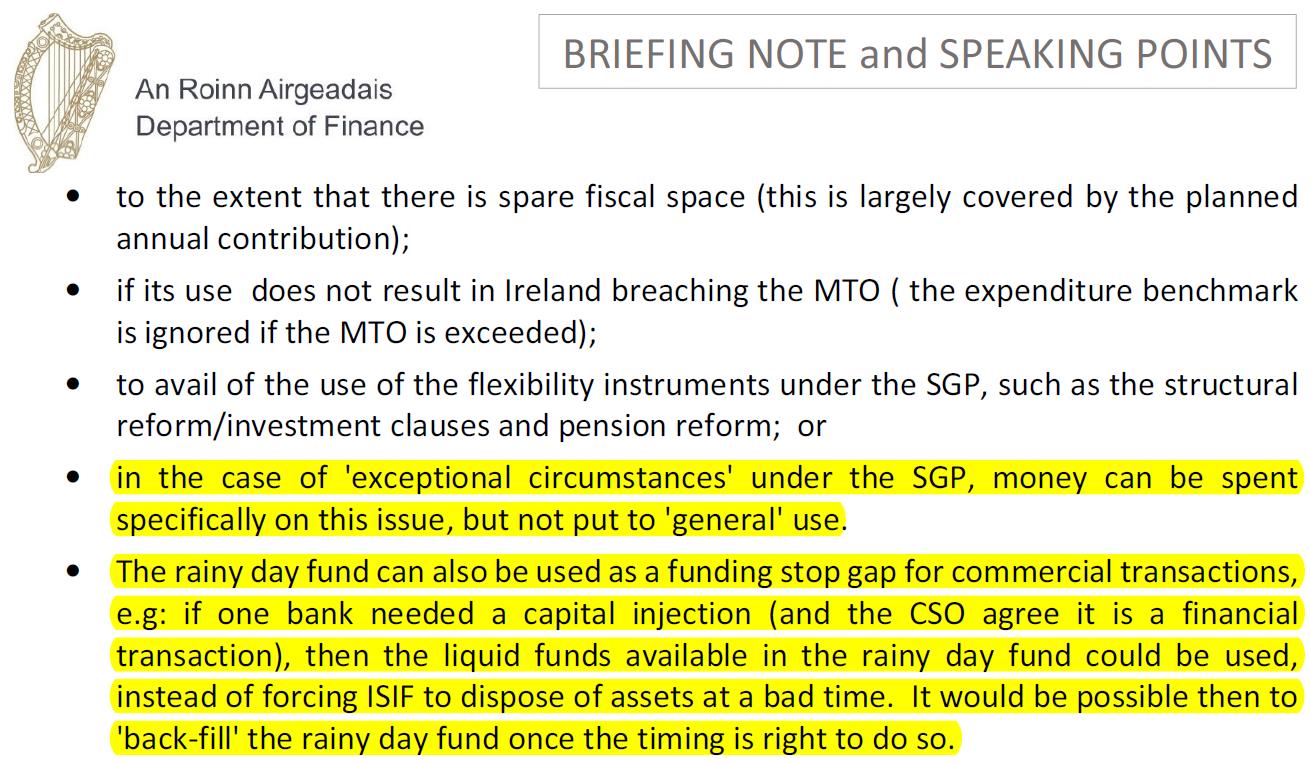 “Half a billion is not a small sum, but a huge allocation of revenue that could be invested into our creaking health services and broken housing sector.

"The 'Rainy Day Fund' of Fine Gael and Fianna Fail is ill-conceived, lacks all transparency, and leaves public money wide open to the abuse of the banks.”