Sinn Féin MEP Matt Carthy has voiced his concerns with proposed new EU legislation that would force Irish farmers, hunters and gun-owners to pay millions of euro to replace their shotguns.

The Midlands North West MEP was speaking after he attended the 5th ICTSF World English Sporting Championship hosted by the Irish Clay Target Shooting Association at Dowth, Co Meath, last Saturday where he was accompanied by Sligo/Leitrim TD Martin Kenny and local Sinn Féin Councillor Johnny Guirke.  During his visit Carthy met with representatives of the Clay Target Shooting Association to discuss the proposals.  He was it was disappointing that the government have failed, thus far, to engage in talks with gun-owners about the proposals.

“EU and Irish Government officials are seeking to ban the use of lead in shooting and fishing, making over 100,000 guns in Ireland completely obsolete.  Consultation with game clubs has been almost non-existent.

“We are looking at a situation where 70% to 80% of shotguns in Ireland will be rendered unusable and the cost of replacing these guns could amount to over €150m.

“Farmers account for more than half of gun users in Ireland.  With the cost of replacing a gun ranging between €750 to €1,000, this is imposing a major financial burden on many hard-pressed individuals.

“If owners seek to have their guns modified to comply with the new legislation which bans lead shot in favour of steel, they cannot do so in this country as the facilities for doing so simply don’t exist here.

“The only option open to gun owners is to send their gun to Britain to be modified at a cost of anything up to €300 per gun.

“That this Fine Gael government, supported by Fianna Fáil, has agreed to enact this EU proposal without engaging with those affected has caused huge frustration and further alienation in rural communities who see this latest move merely as the latest in a long line of attacks on their way of life.  The EU proposals, as they currently stand, are unworkable and costly and are essentially tokenistic because they will result in the withdrawal from conservation measures a key constituency in the delivery of them, namely farmers and game clubs.

“Sinn Féin strongly supports the sustainable pursuit of traditional rural occupations including hunting and fishing, which are vital to the life and economy of rural Ireland.

“I have been engaging with both the Commissioner and European Ombudsman on this issue and will continue to work closely with game councils and conservation organisations to ensure that there is a full and robust dialogue process before the enaction of this legislation is further contemplated.” 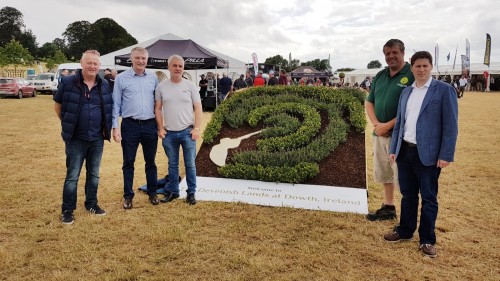