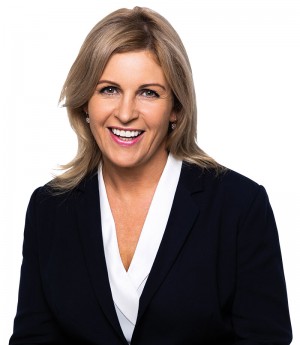 Rose Conway-Walsh has said that the valproate scandal of who knew what, when they knew it, and why they did nothing to prevent harm to the unborn babies of pregnant women prescribed Epilim (valproate), reaches a key juncture today with the publication of the ‘First Do No Harm’ report in Britain.

The Sinn Féin TD for Mayo has called on the new Minister for Health Stephen Donnelly to honour his commitment to hold a inquiry into the scandal in this state, and to establish a redress scheme for those affected.

Speaking today, Teachta Conway-Walsh said: “It is now time for new Minister for Health Stephen Donnelly to make good on his ‘100% commitment’ to hold an independent public enquiry into the valproate scandal and to put in place a redress scheme for the 1,200 plus families impacted by the failure of the state to protect them.

“Having worked with families in this state impacted by sodium valproate for a number of years, I think Julia Cumberlege sums up the scandal when she states she ‘never encountered anything like this; the intensity of suffering experienced by so many families, and the fact that they have endured it for decades.'

“She adds that ‘much of this suffering was entirely avoidable, caused and compounded by failings in the health system itself.'

"Repeatedly, the anguish of the mothers I meet is driven by the fact that they feel intense guilt at having taken medication that resulted in their children being harmed. One mother said, ‘I feel as though I am an unsuspecting, unwilling participant in a cruel experiment that has gone wrong.'

"The truth is it was never their fault. They were harmed because the State failed to protect them."

Sinn Féin spokesperson on Health David Cullinane said: “In this state, the long running battle to uncover the truth about why sodium valproate continued to be prescribed to pregnant women for decades came before the Joint Oireachtas Health Committee in 2018, which recommended an independent investigation and consideration of a redress scheme.

“Of most concern is the reluctance of governments to uncover the truth. I believe that the as yet unpublished HSE Valproate Response Report has been used to delay the commencement of a necessary inquiry. Sanofi and state agencies must be accountable. The harm inflicted on these children was entirely avoidable."

“The response differs in other countries. In France, Sanofi - the pharmaceutical company that manufactures sodium valproate - has been indicted. Two thousand families are taking a class-action against Sanofi. It is estimated that more than 50,000 people could have been affected.

"The French state has accepted their responsibility and set up a multi-million euro ‘state compensation fund’ to compensate the victims and introduced a partial ban on sodium valproate. Why should children in this state be any different to children in France?

“I want to acknowledge the unrelenting commitment of Karen Keeley, Chairperson of Organisation for Anti-Convulsant Syndrome (OACS) Ireland, Epilepsy Ireland and the wonderful mothers I have met in the pursuit of the truth and justice for their children."