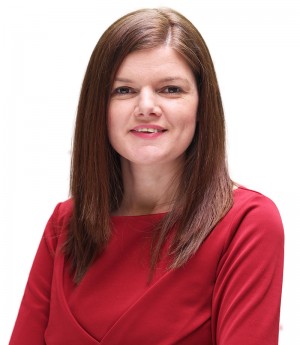 Key proposals include taking on the wages of the sector at a cost of €620 million, increasing the pay of childcare workers to the living wage of €12.30 by investing €30 million, and keeping creche doors open by introducing a sustainability fund of €124 million for childcare providers.

"Childcare fees are too high and wages are too low. That is the reality that we hear daily from parents and workers in the childcare sector.

"That is why I have undertaken the ‘My Childcare Story’ campaign. I want to show that there are alternatives, that continuing to do nothing is not an option, and that a Sinn Féin government would listen to, and learn lessons from  parents, workers and providers.

"Families need affordable and reliable childcare. Prolonged underinvestment by Fianna Fáil and Fine Gael has led to Ireland sleepwalking into a privately-run and expensive system that cripples ordinary working families.

"We know that parents feel let down by the current system. Many women are locked out of the workplace because childcare fees are too high.

"Covid-19 has added considerable additional strain and challenges, but it also presents us with an opportunity to completely overhaul the current broken childcare system.

"The reality is that there can be no economic recovery without a childcare system that works for all.

"Sinn Féin is prioritising childcare in our budget proposals, committing to cutting the costs of childcare by one third in 2021 and by the same amount again in 2022, prioritising measures to keep creche doors open and providing a living wage to childcare workers."