Midlands Northwest MEP Chris MacManus and Cllr Dermot Connolly have called on the Government to prioritise the delivery of a dual railway track from Galway to Athlone. The Sinn Féin representatives were speaking this week following a visit to Ballinasloe train station.

Cllr Connolly said:
“Earlier this year there was funding announced for Oranmore train station, which has been reaffirmed in the revised National Development Plan, providing an additional platform and passing loop. This was a very welcome announcement as it will enable trains to operate every 15 minutes on the Athenry to Galway section and paves the way for future double tracking of this section.”

“It is important that this investment in replicated further down the line at Attymon, Woodlawn, Ballinasloe and Athlone to shorten journey times from these stations and increase the frequency of trains. It would also increase accessibility and ensure that future double tracking of the rail line from Athlone to Galway can take place, which should be a priority for Government.”

“The economic benefits double tracking would bring to Ballinasloe and surrounding areas would provide an enormous boost to communities across the region and allow us to compete with other areas of the country in attracting both foreign and indigenous investment, growing jobs and ensuring that our communities have a sustainable future.”

MEP MacManus said:
“The double tracking of the rail line from Athlone to Galway is a key Policy Objective of the Regional, Spatial and Economic Strategy and as such the Government and County Councils have an obligation to progress this project. This was a very important commitment secured by Sinn Féin representatives and others on the Northern and Western Regional Assembly involved in devising this strategy.”

“In addition to the enormous economic benefits it would bring, there is an urgent need to increase sustainable modes of transport such as rail to combat climate change, particularly in light of the stark findings of the recent IPCC climate change report. At a time when we are being asked to reduce our emissions and use public transport, the double tracking of the rail line makes perfect sense as more frequent and faster trains would encourage more people to use public transport.”

The Sinn Féin MEP concluded by pledging his party’s commitment to ensure delivery of the project.
“The Government needs to prioritise investment in the Galway to Athlone line so that double-tracking can be progressed. I will be working alongside Dermot Connolly and other Sinn Féin colleagues at local, national and EU level to ensure that this project is delivered.” ENDS 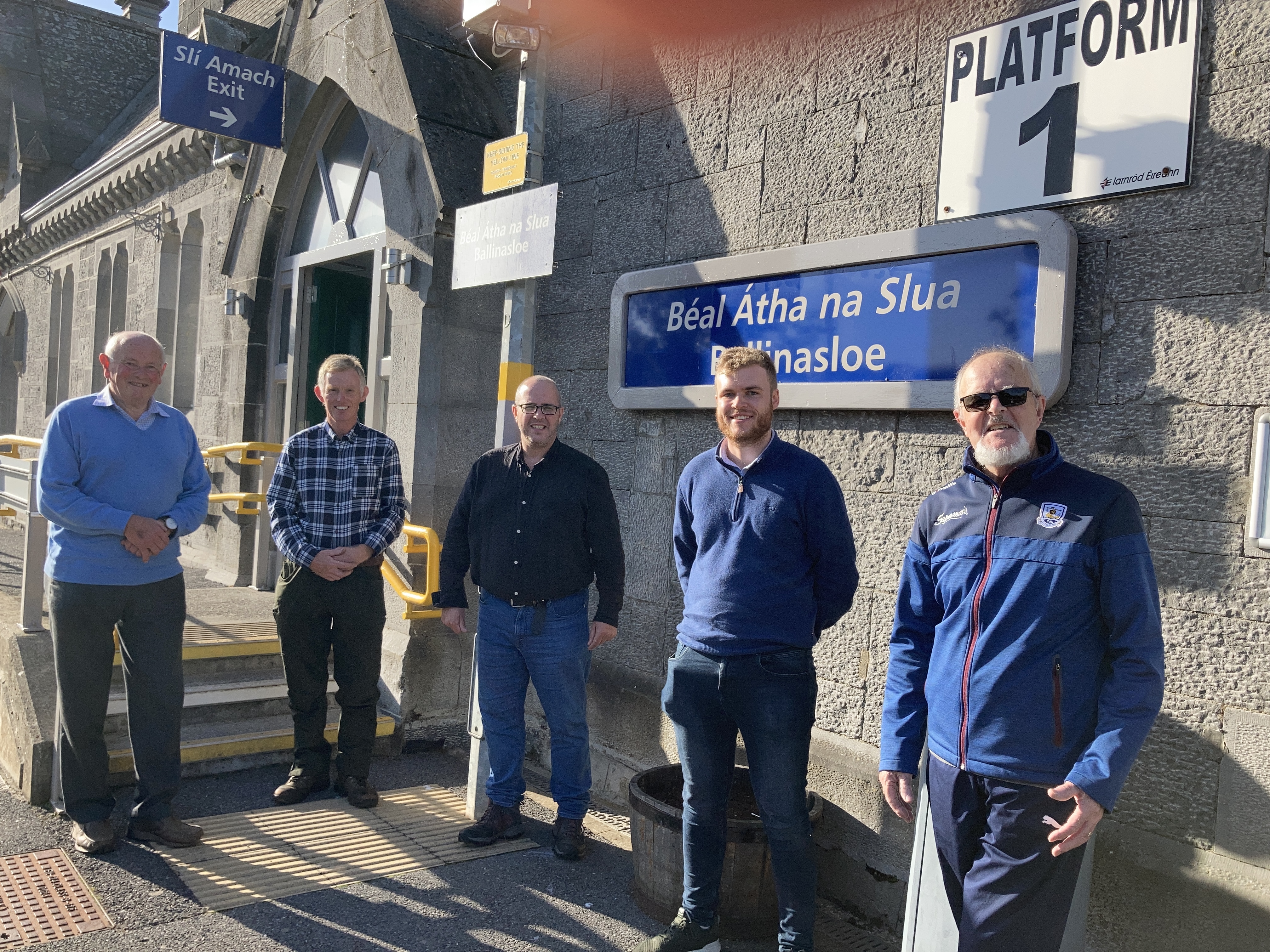