ICSA Rural Development Chairperson, Tim Farrell, and Galway ICSA Chair, Niall Studdard, presented the organisation’s CAP Strategic Plan submission to Sinn Féin MEP Chris MacManus during his recent visit to Ballinasloe mart. The document sets out exactly what the ICSA would like to see in Ireland’s CAP Strategic Plan document, which will have to be finalised by the Irish Government by the end of the year. Sinn Féin as the official opposition, is expected to maintain its pressure on the Irish Government to ensure the new plan works for small and medium farmers.

After receiving the document, MacManus commented:

“Sinn Féin is very interested in hearing the wide range of views that exist in our farming community, in regard to how the new CAP can deliver fair incomes for family farmers and promote on environmental renewal. The ICSA’s comprehensive, 46-page submission, is a welcome addition to that debate.”

“On first examination, I can already see a number of ideas that we can agree on, such as an upper payment limit of around €66,000, delivering a €300 per suckler cow in pillar II, and the need to ensure the minimum amount of funds is not lost in administration.”

“Sinn Féin is committed to holding this government to account on CAP reform. A failure to effectively target CAP’s financial supports, which shrink in every EU budget, would lead to further land abandonment.”

“Sinn Féin wants to see a future for rural Ireland that at its core features viable family farms and healthy landscapes.” ENDS 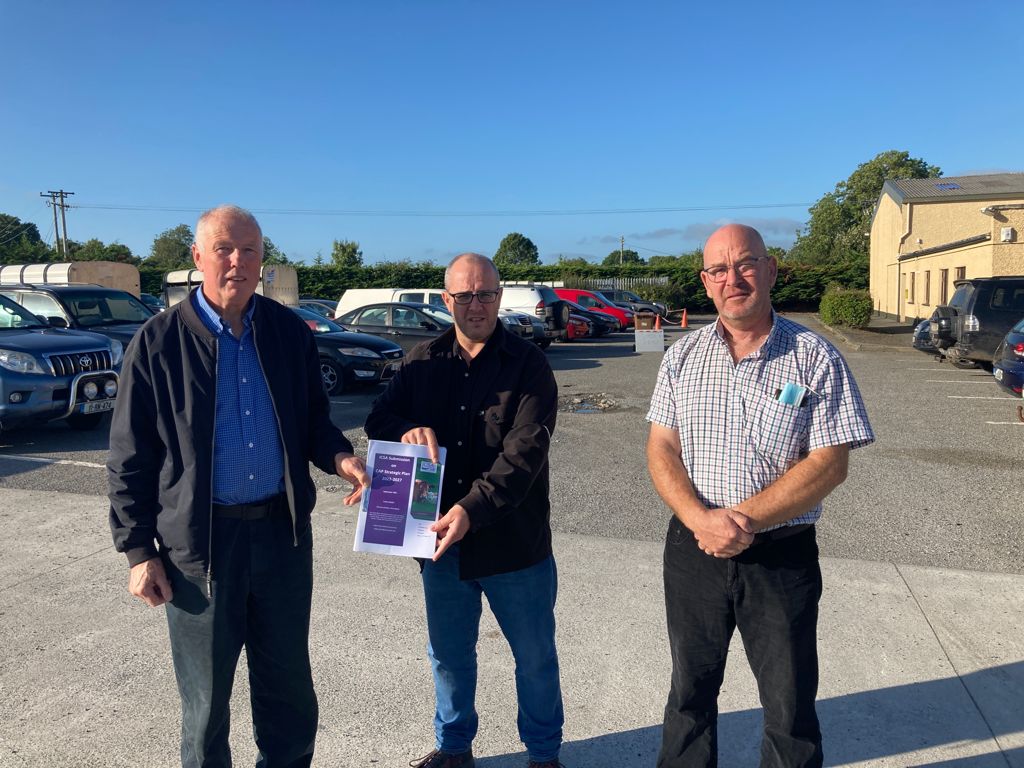