MacManus meets with Šefčovič ahead of intensive EU-British trade talks

MacManus meets with Šefčovič ahead of intensive EU-British trade talks

Sinn Féin MEP Chris MacManus met with the European Commission’s Vice President Maroš Šefčovič in Strasbourg this week.  MacManus, recently appointed to the EU Delegation for Relations with Britain, said regular dialogue with Commissioner Šefčovič would prove useful ahead of Parliamentary Partnership Assembly talks.
“It was a very useful exchange of views with Vice President Maroš Šefčovič. I welcomed his visit to the north last month. His engagements with business and civic society as well as with political parties were almost universally greeted as being constructive and productive.”

“It is clear that he is continuing to listen to the concerns and issues raised and was able to include a number of important measures in the Commission proposals on the implementation of the Protocol.”

MacManus highlighted the importance of representing the views of communities on both sides of the border in Ireland. “I stressed that EU engagement with politicians and other stakeholders should intensify over the coming period. This would demonstrate the importance the EU attaches to the views of the people in the north with regard to the implementation of the Protocol and the broader political and peace process, as well putting in place a consultation process to deal with issues that arise as the Protocol beds down.”

“I updated him on this week’s Assembly motion calling for a formal dialogue between the Assembly in Belfast and the European Parliament on issues related to the Protocol and the broader peace process, as well as the involvement of other stakeholders in such a dialogue. The motion adopted on Monday was a follow-up to discussions which took place with Vice President Šefčovič when he visited the Assembly last month as well as the European Parliament’s resolution adopted in April of this year, which included my proposal for such a direct dialogue. I was pleased to report that, notwithstanding the different political positions on the Protocol there is overwhelming support in the Assembly for enhanced dialogue with the European Parliament.”

“We also discussed the negotiations with the British Government on the implementation of the Protocol, and the need to conclude these by the end of the year in order to bring certainty to businesses and citizens in the north and across whole of Ireland.”

“We agreed to keep in touch as the process develops over the coming weeks and months.” ENDS 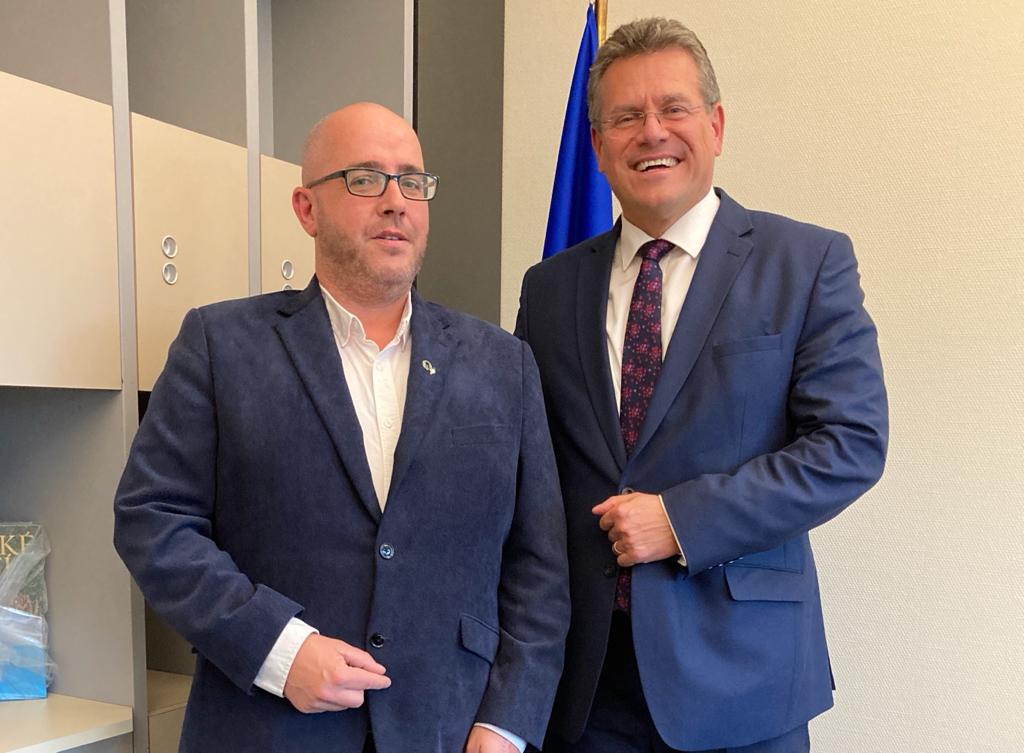