Midlands Northwest MEP Chris MacManus who is a member of the EU Committee on Agriculture and Rural Development said “it did not take long to work out that the positive rhetoric about thriving rural communities stands in stark contrast to the EU’s evident agenda of winding down the sector.”

The Sinn Fein MEP highlighted examples of the EU’s disregard for the agri-sector: “Firstly budget - Since the 1980s the CAP’s share of the EU budget has more than halved. Every 7 year reform means deeper cuts. No matter what way you divide it when slicing, a shrinking cake will eventually result in everyone going hungry.”

MacManus also spoke of instances in trade negotiations where farmers were being used. “The EU negotiators dangle the EU food market as a deal sweetener for trade partners. In the case of Brazil, this meant EU farmers could be forced to compete with 100,000 ton of cheap and low quality beef, in exchange for Germany gaining a whole new Latin American market for BMWs and Mercedes. “

“Sinn Féin believes this agenda must be fought tooth and nail. It makes little sense for us to implement the highest food production standards, if we are losing millions of farmers due to unprofitability. This would result in a small number of EU farmers producing quality beef.”

“With the bulk of what we eat being shipped from half way across the world, where they destroy the rainforest and show no regard for animal welfare in the process.”

MacManus concluded by pledging his party’s commitment to a new farming future for rural Ireland. “Sinn Féin has a vision for agriculture, which is environmentally sustainable, allows it to continue to be the economic engine of rural economies and provides us with the best quality food in the world. I believe we owe it to the next generation to not allow the EU or indeed this government to bury rural Ireland!” ENDS 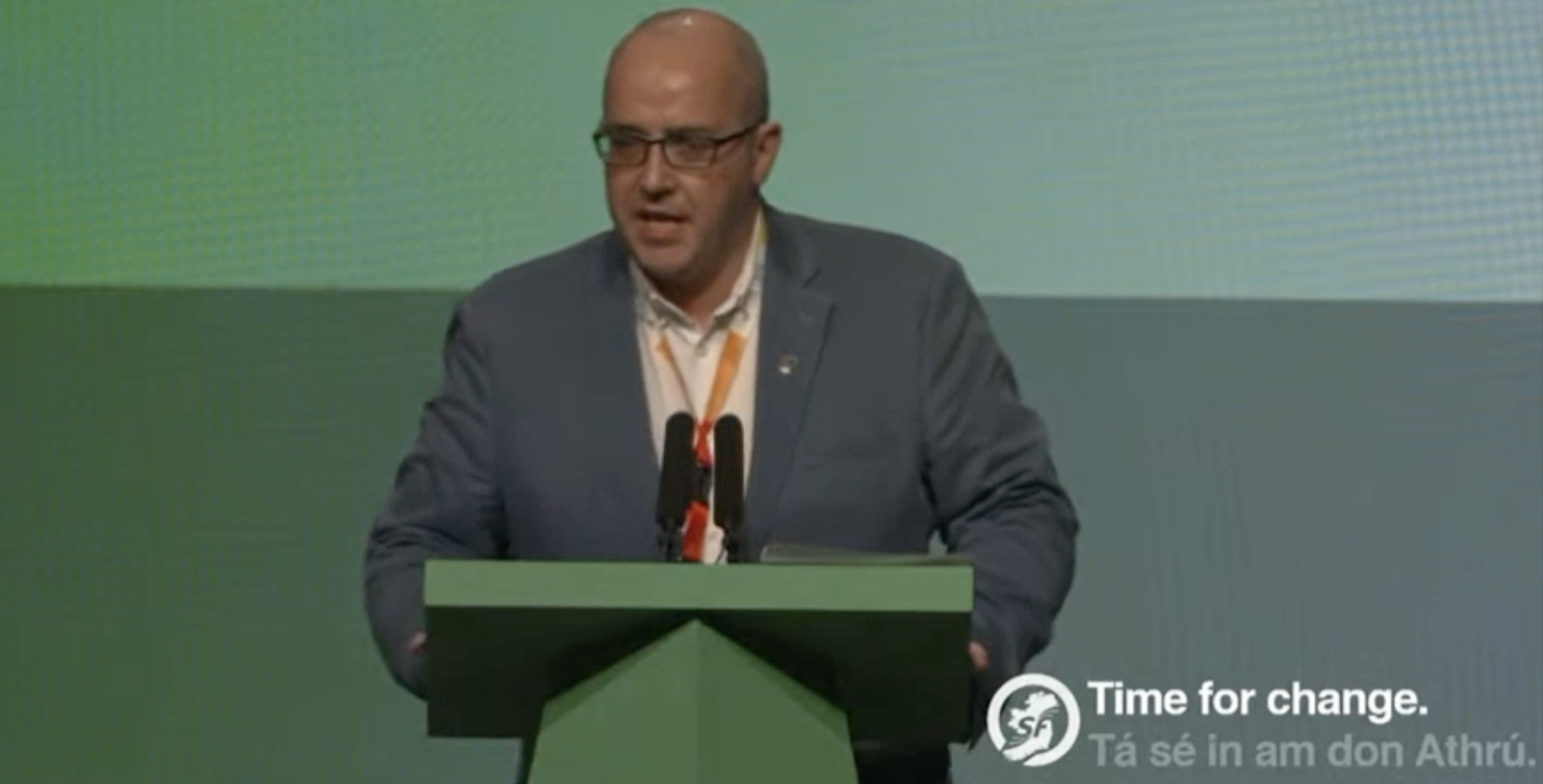