Sinn Féin MEP Chris MacManus has welcomed the proposed development of Umeras Bog into a Peatlands Park, and has described it as a fantastic example of what a real just transition looks like. The Midlands North West MEP was speaking after visiting the bog alongside Patricia Ryan TD and Cllr Noel Connolly.

MacManus said:
“I was delighted to visit Umeras and be shown around by Eddie Smith from the Umeras Community Development Group. It’s a very exciting project which would bring enormous benefits to the local area and I want to commend Eddie and his Committee for their work in progressing this project.”

“The Peatlands Park would be a unique tourist attraction that would particularly appeal to people with an interest in nature, wildlife and biodiversity. Eddie outlined their vision for bog walks, cycle trails and unique nature areas, while still preserving the small area of community turf cutting.”

“With the Barrow Blueway and the Church of Oak Distillery nearby the Peatlands Park would become a vital part of a tourism hub in the Monasterevin and Rathdangan area, attracting day-trippers from locality as well as tourists from across Ireland and abroad.”

“This would provide a boost to employment in the local area, not only through construction and maintenance jobs at the site, but also through spin-off benefits for local hospitality and retail businesses in particular. The success of Lough Boora Park in County Offaly demonstrates the potential of this project in creating sustainable employment for years to come in the local area.”

MacManus concluded by wishing his best to the project team.
“The project is a fantastic example of what a real just transition looks like. Bord na Móna ceased industrial peat harvesting here in 2019 and this project shows how a bog can be repurposed so that it continues to benefit the local community. I wish Eddie and his Committee every success and hope to visit again in future when the Park is up and running.” ENDS 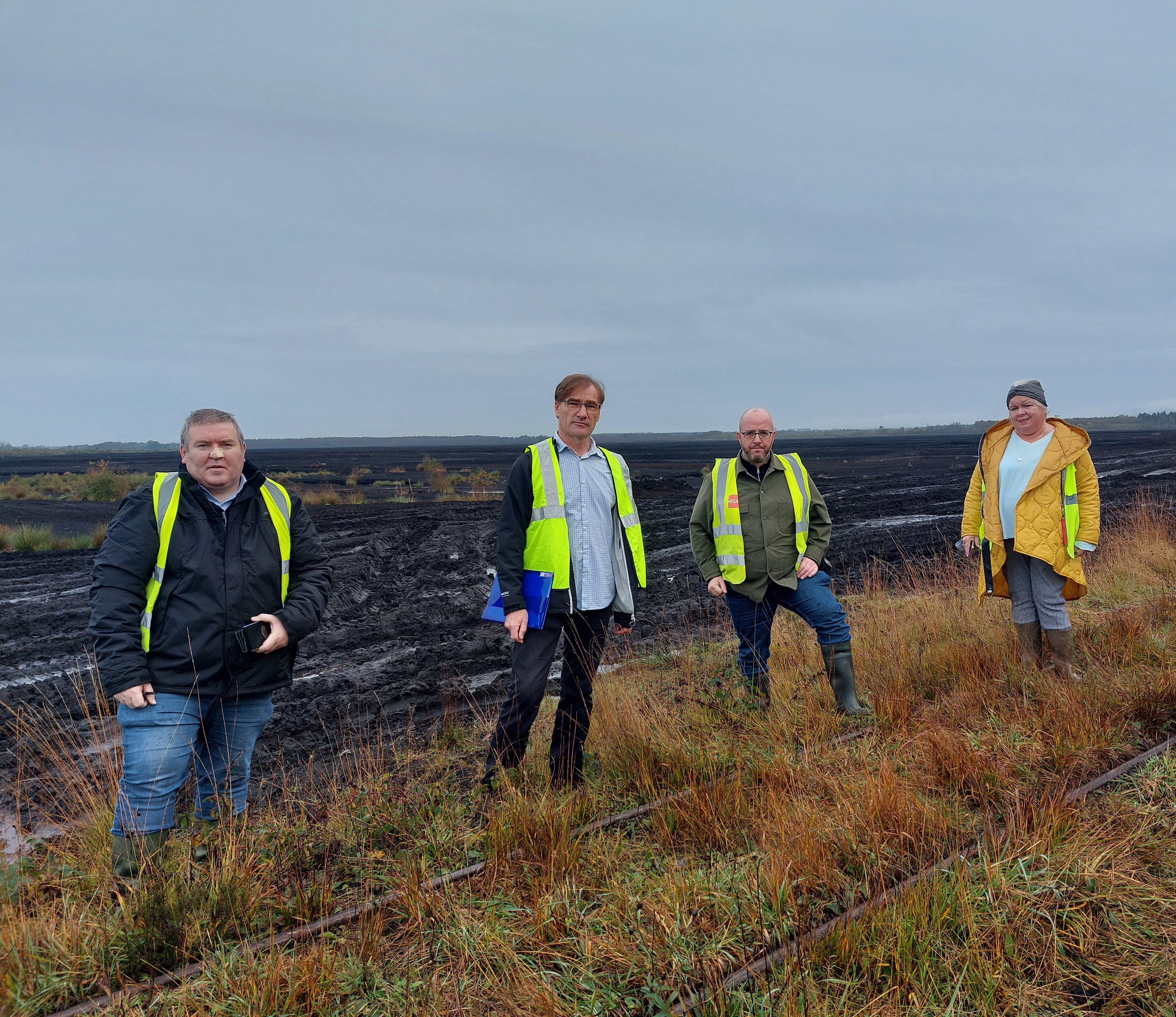