The Mica and Pyrite campaigners were addressing the Parliament’s Petitions Committee seeking the EU Institutions to play an active role in the scandal. The campaigners attended at the invitation of The Left Group working through MEP Luke Flanagan’s office. Both MEPs MacManus and Flanagan are members of The Left Group.

“This has been going on for over a decade and rightly they (the campaigners) feel they have effectively been ignored by successive governments until only recent months, when they took to take to the streets in their thousands.”

MacManus who has previously visited affected homes spoke of the “trauma” felt by victims of the scandal and the subsequent government negligence.

“Thousands of households have lived with this burden and it's not only the potential financial burden. It's the mental trauma of waking up day after day not knowing if part of your house is going to be there. Not knowing if the crack has widened, if a slab has fallen off the wall so to that extent we have a duty as legislators where there are gaps in national legislation for us to be able to hold those national governments to account.”

MacManus spoke of a historic neglect that led to the current crisis.

“The Mica & Pyrite issue is a legacy of the light touch regulation that came into effect during the relentless house building years of the Celtic tiger.”

MacManus who has previously questioned the EU Commission on the Product Liability Directive and the Consumer Sales Guarantees Directive said, “ They acknowledge the rights of consumers, in this case citizens from the West and Northwest of Ireland to be protected.”

The Midlands Northwest MEP added in his parliamentary contribution,  “Now it's obvious with the scale of what we're talking about, It cannot be done by the producer of the materials concerned.  So the buck has to stop somewhere and I'm glad to see that our MEP colleagues here are willing to leave the petition opened, because the people of the community I represent, the West and the Northwest need to see that we are on the side of the citizen”.

MacManus also met with the campaigners on the day for further talks. Following the meeting he said. “Both myself and my colleague in The Left Group MEP Flanagan met with the campaigners today. Nobody should have to go through what these people are suffering. It's a disgrace. The government must listen. Sinn Féin have stood with these campaigners along their course and we will continue to do so until they find justice and that is 100% Redress, No less!” ENDS 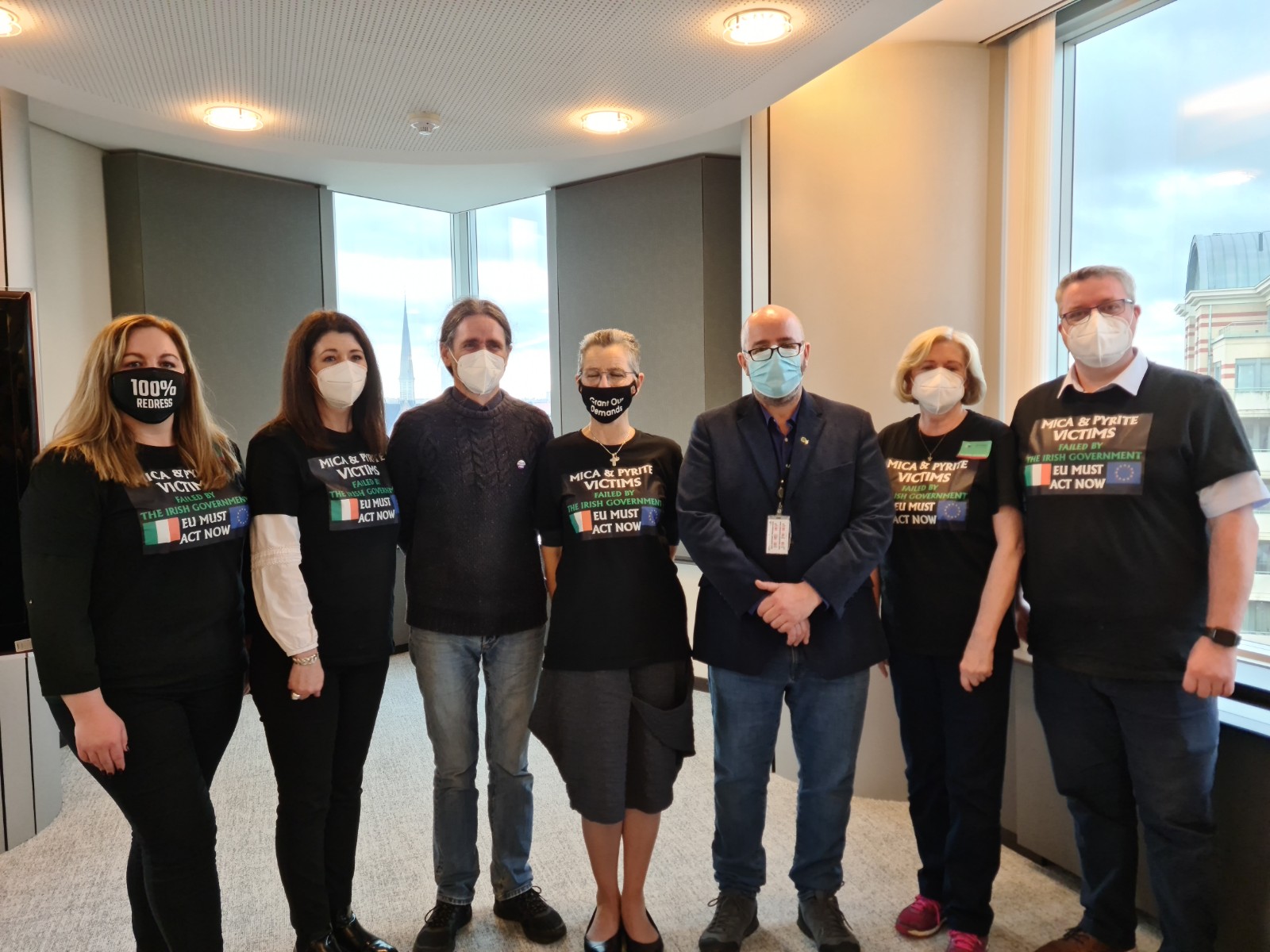