Sinn Féin MEP Chris MacManus has commended Letterkenny’s Library service for their Europe Direct facility which provides accessibility on European Union services to the community. The Midlands North West MEP was speaking after visiting the Centre, which is based in Letterkenny Library, alongside his Sinn Féin colleague Cllr Gerry McMonagle.

MacManus said:
“I was delighted to visit the Europe Direct centre at Letterkenny Library and see first-hand the many resources that are available. Europe Direct is an important service which gives information, advice, assistance and answers to questions about the EU and in particular about the rights of EU citizens, the EU’s priorities, legislations, policies, programmes and funding opportunities.”

“The facility is a useful resource for people with enquiries of a European nature such as requests for information on setting up a business in the EU or enquiries about how to obtain an EU passport.”

“Those of us who engage with the EU regularly know that EU programmes and rules and regulations can often be very complicated and as such many citizens are put off from engaging with them. Europe Direct bridges this gap between citizens and the European institutions, making EU services understandable and accessible to all.”

“At EU level I will be working to ensure that the important service provided by Letterkenny Library and others is protected into the future.” ENDS 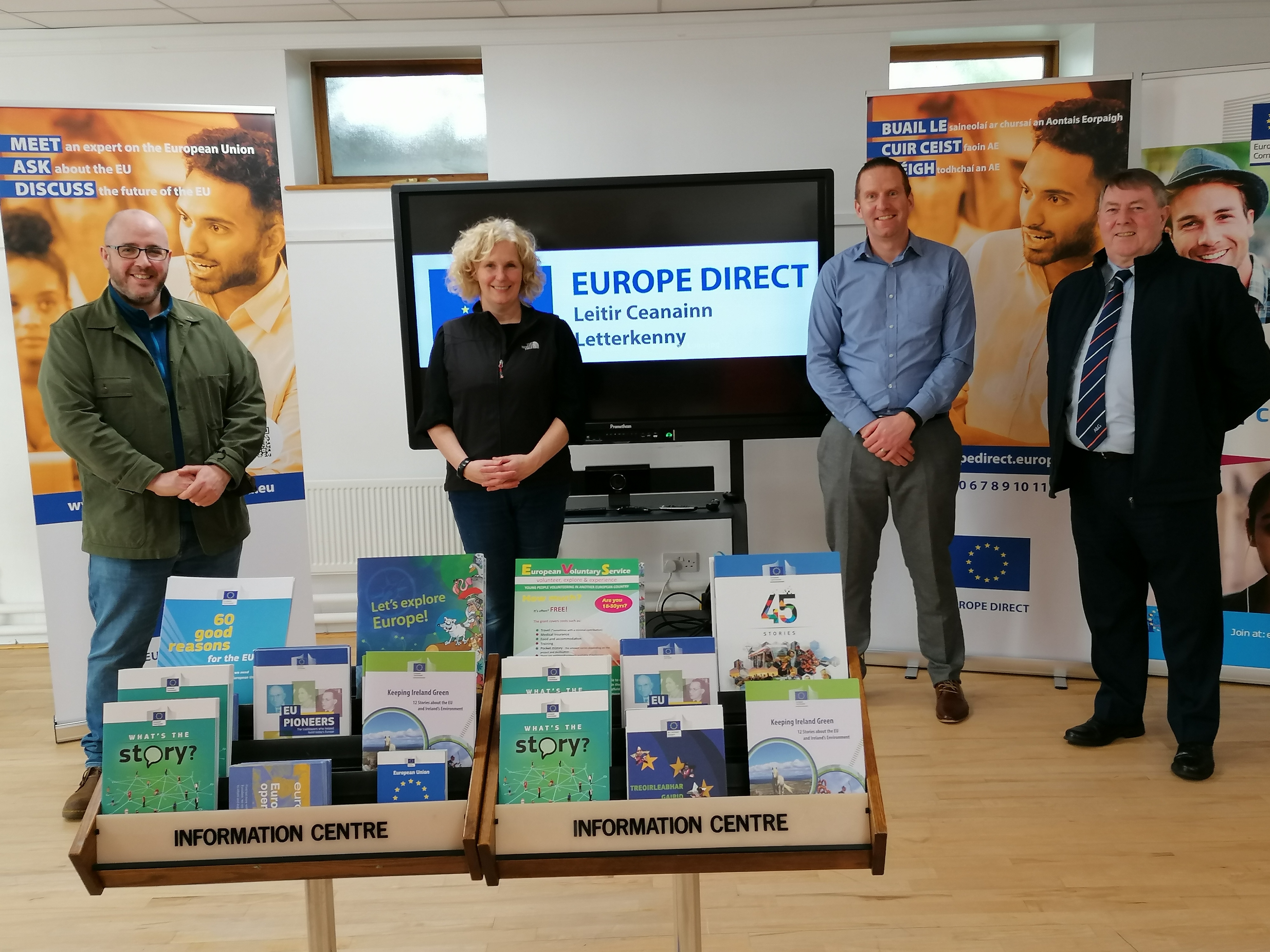