MacManus recently met with Cllr Michael McMahon, a campaigner for the undocumented Irish in America who has first-hand family experience regarding the issue.

MEP MacManus said:
"Since its inception the United States has offered hope and succour to generations of Irish people fleeing from poverty, famine and repression. Many of them have made considerable contributions to their adopted country.”

“The undocumented Irish contribute positively to American society and all they want to do is live a full life paying their taxes, and be able to travel between Ireland and the US without fear of losing their jobs.”
“Their undocumented status means that when faced with a family crisis, like a bereavement, or a more joyous family occasion like a christening or a wedding, they are not able to travel home without fear of being unable to return.”

“As a result the undocumented Irish feel isolated, forgotten and left behind. Most of them have not been able to come home for over 20 years.”

“As one who is deeply proud of his Irish roots, and who himself is a descendant of Irish emigrants to America, there is hope that President Biden would look favourably on the plight of the undocumented Irish in the United States.”

“I believe that we can look forward with more optimism than we have felt for quite some time. It is essential that every effort is made as time is ticking on for many of the undocumented and we need urgency to address this issue.” ENDS
Pictured are Chris MacManus MEP (left) and Cllr Michael McMahon (Right) discussing the undocumented Irish in Bundoran recently. 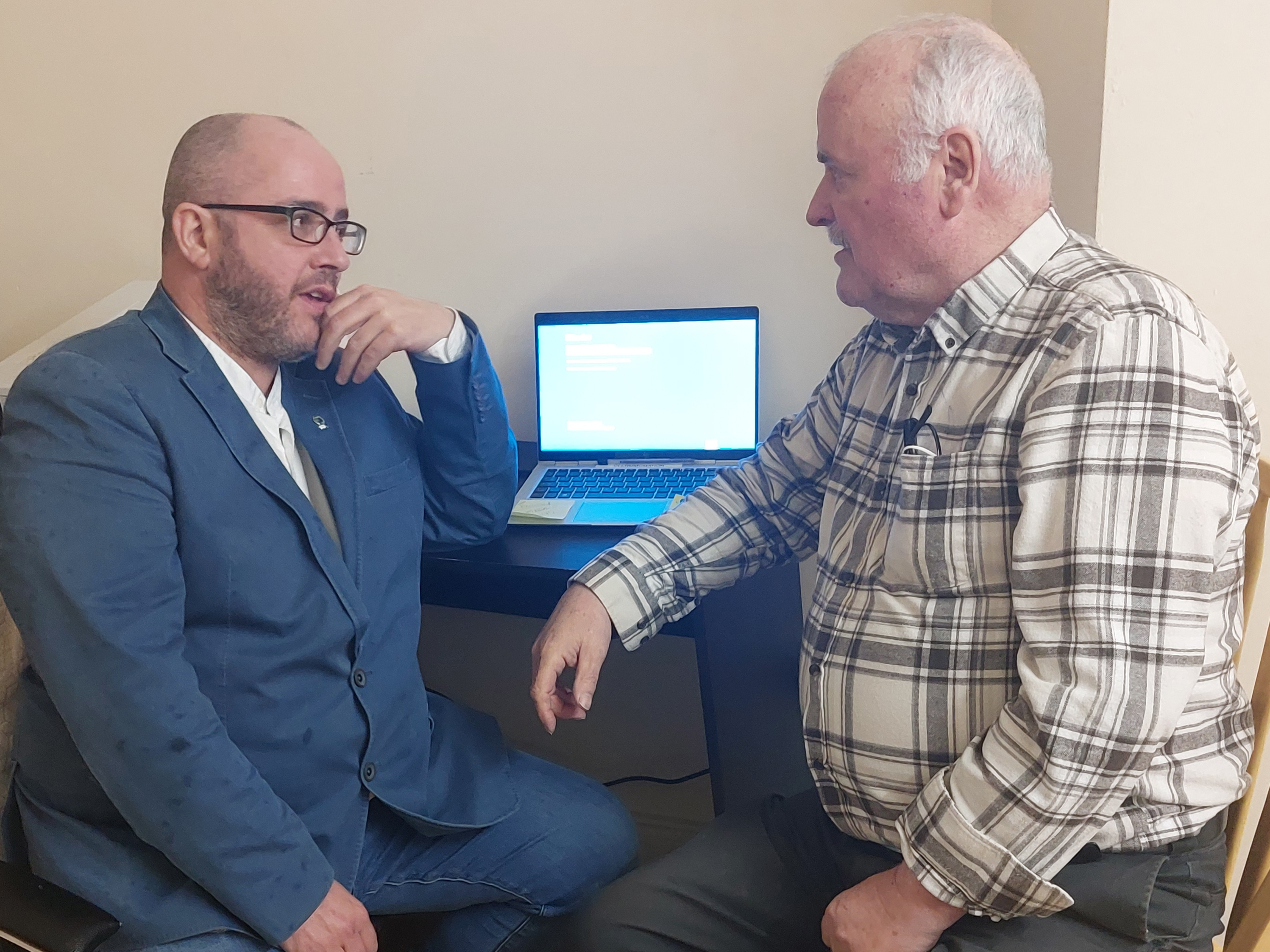