Midlands Northwest MEP Chris MacManus and Kildare North TD Réada Cronin have called for urgent action to tackle the Cost of Living emergency. The Sinn Féin representatives were speaking after engaging with local people on the streets of Naas on Sinn Féin’s cost of living proposals.

MEP MacManus said:
“For months now, we in Sinn Féin have been warning the Government about the increasing cost of living.  Instead of taking decisive action, the government have put their head in the sand and have allowed the cost of living crisis to become a cost of living emergency. The measures we have seen so far are pitiful. The government have not grasped the enormity of this crisis. They don’t seem to realise the hardship being suffered on the ground.”

“There must be immediate action to get money back into people’s pockets now when they need it. We are seeing the true cost of a government who are out of touch with the people. A Sinn Féin government would make direct Cost of Living Cash Payments to support workers and families.”

“This payment would give hard pressed workers and families the break they so badly need and would be in addition to the already announced €100 electricity credit.

“In addition to the cost of living payment Sinn Féin have called for a range of measures to tackle increased costs in fuel, energy, housing and childcare to name but a few.”

“Families are already under enormous pressure due to increases in electricity, home heating and fuel costs. We will oppose the carbon tax increases due in May and October and will support a meaningful reduction in excise duties on fuels to ease the financial burden on people.”

“Developing offshore wind energy and green hydrogen facilities, investing in public transport and improving energy efficiency are much more effective ways to meet our climate obligations which don’t punish ordinary workers and deliver an economic return for the State.”

“To deal with rising housing costs Sinn Féin have proposed a refundable tax credit, worth one month’s rent, which will go directly into the renters pockets, and a ban on rent increases for 3 years. We also need to see large-scale investment in public housing to meet social and affordable housing needs so that those on average incomes can afford a home.”

“Investment in childcare, tackling the insurance industry and delivering affordable healthcare for all must also be prioritised. Workers and families need immediate action to deal with the out of control cost of living. The solutions are there and the Government must act on them.” ENDS 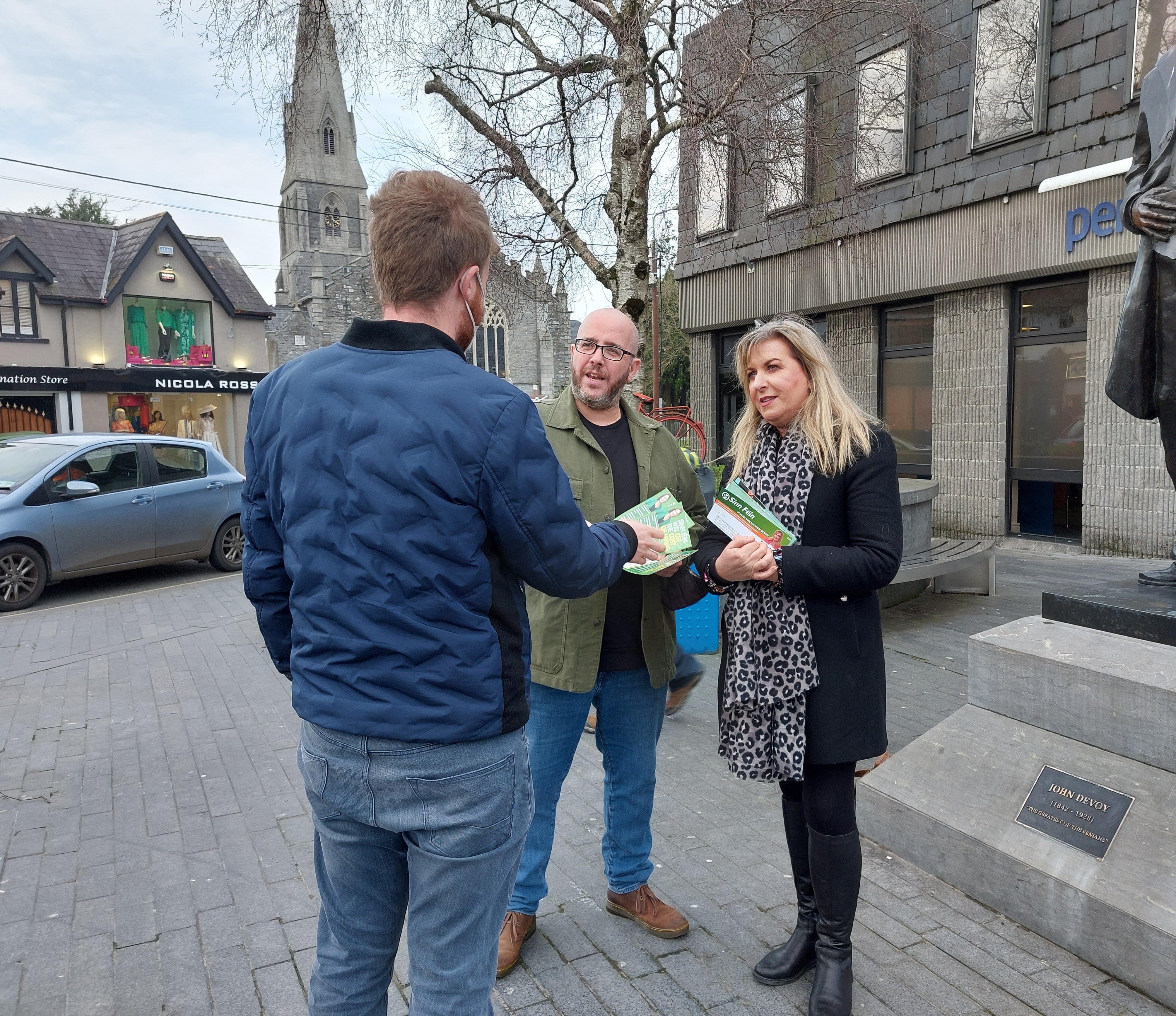