“The biodiversity crisis is one of the biggest challenges we are facing across the globe today, and Leave No Trace are hard at work tackling this crisis on the ground,” said Chris MacManus, MEP for the Midlands Northwest. “While the European Parliament grapples with the Biodiversity Strategy and new legal instruments, Leave No Trace’s programmes are making a direct impact to protect biodiversity and improve people’s experience of their local heritage.”

MacManus was speaking after a visit to Leave No Trace Ireland’s headquarters in Westport, where he met with staff members and heard about the group’s work. Leave No Trace’s diverse outputs include best practice guidelines for enjoying the outdoors responsibly, contributing to the development of the new national recreation strategy, research and educational programmes.

MacManus commended the group for their involvement in several Erasmus+ projects. “The SEE and Go Green Erasmus projects are great examples of EU funding put to good use at the service of people and environment. These projects allow individuals and communities across Europe to share best practices and experiences, from the promotion of environmental protection in outdoor sports, to empowering local government to reach the goals of the European Green Deal.”

Leave No Trace’s programmes cater to all ages and a variety of stakeholders, from primary school pupils to farming communities to fans of outdoor adventure sports. One of the group’s most recent projects is the Certificate of Nature Animation, a Level 6 course run in conjunction with Munster Technological University and the National Parks and Wildlife Service. The course trains participants to work in nature conservation, to help visitors and local communities better appreciate and protect local biodiversity. MacManus said, “the Certificate of Nature Animation is particularly pertinent for the just transition, and is just what we mean when we talk about re-skilling in the European Parliament. The programme trains participants to take on nature conservation jobs in rural areas, helping to revitalise not only biodiversity, but local communities as well. The high demand for this course shows that people have a real interest in doing this work that cares for both people and planet. I wish Leave No Trace and their co-coordinators every success in expanding this course to wider audiences in the coming years.” ENDS
Chris MacManus MEP pictured in Westport, Co. Mayo on a recent visit to Ireland's 'Leave No Trace headquarters 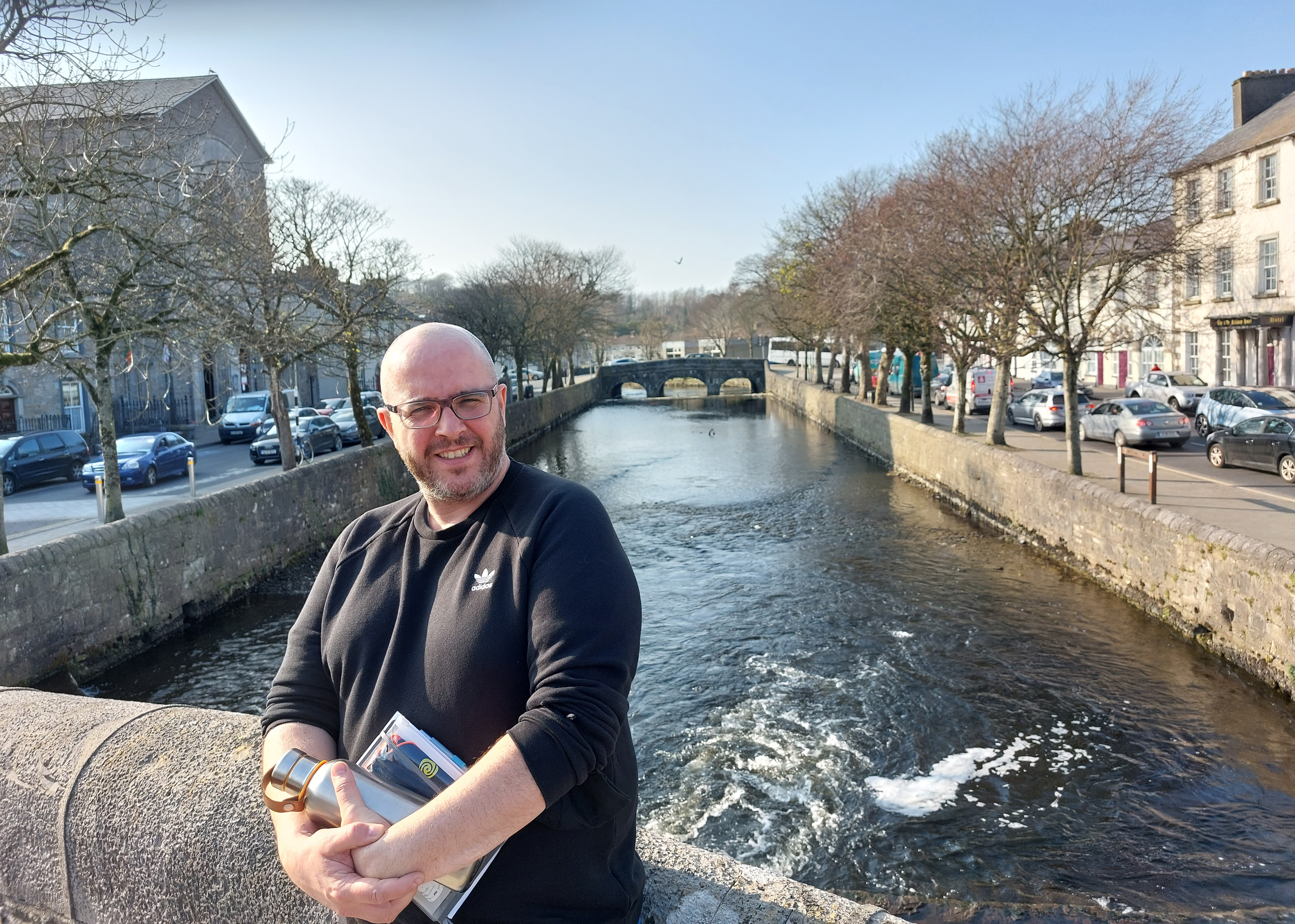