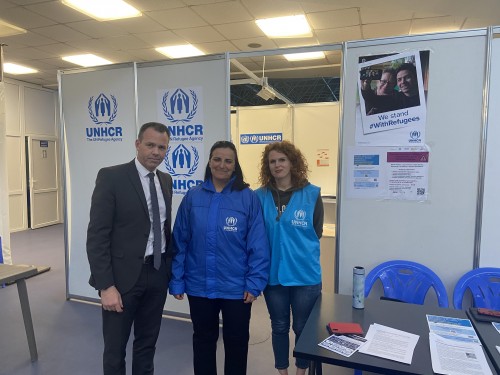 Sinn Féin spokesperson on Foreign Affairs and Defence, John Brady TD, has spoken of the serious challenges that the war in Ukraine is holding for neighbouring countries of Moldova and Romania, following an Oireachtas delegation visit to Eastern Europe.

The visit included a series of high-level meetings with government officials, officials from the UN,  and a large number of refugees, including the office of the Prime Minister of Romania, along with the Moldovan Minister for Health, and officials and NGOs at a number of the border crossings in Romania and Moldova, which have witnesses thousands of Ukrainian refugees crossing since the Russian invasion began.

“The five-day visit has allowed myself and my colleagues to build an accurate and detailed picture of the reality of what is happening on the border, of the challenges that are being faced by countries such as Moldova, who are carrying so much of the burden of the response to the crisis that has emerged.

“We hope that our observations, coupled with the information we gathered through a series of high-powered meetings with government officials and NGOs, will help inform both the Irish government and EU decision makers.

“We also met and spoke with many refugees who had fled their homes, many with little more than a plastic bag to hold all that they had left in the world. Many were clearly traumatised, others had left loved ones behind to fight for their countries, and a future for their families.

“We visited border crossings at Palanca on the Moldovan/Ukraine border and Siret on the Romanian/Ukraine border. We also had detailed briefings from the heads of UNHCR in both Moldova and Romania. 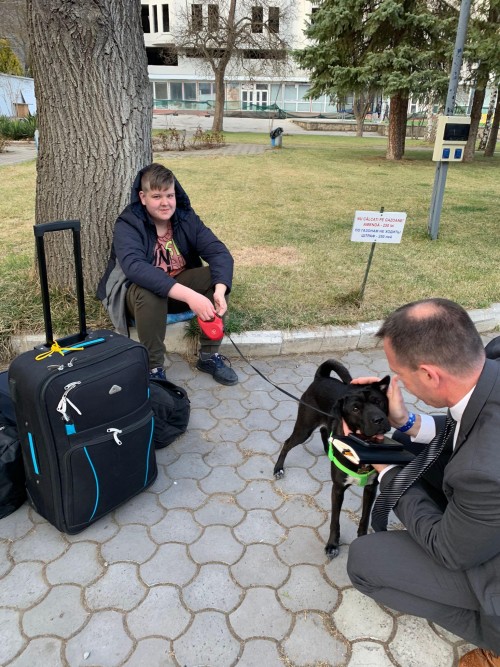 “Moldova is a country under serious pressure. They have received more refugees per capita than any other country, and are literally pleading for financial assistance to help them to continue to provide the level of assistance that they have offered to date to refugees.

“And while Ireland has pledged to take in 500 vulnerable refugees from Moldova, there has been no movement up until now on this. I am calling upon the government to act immediately to help alleviate the pressure on Moldova.

“The EU also needs to step up to the mark and offer more assistance to Romania. To date Romania has spent over €600 million on addressing the crisis. They have been told by the EU to spend their EU cohesion funding before the EU will consider any further funding. This is not good enough.

“With all the emphasis from the Irish government and their counterparts in the EU on increased militarisation, and arms shipments to Ukraine, it is critical that decision-makers understand that a failure to adequately address the refugee crisis will precipitate an even worse humanitarian disaster.

“I am calling on the Irish government to step up here, to use their position and standing, as a neutral, non-aligned country with a voice at the EU, and on the UN Security Council, to bring a focus to the humanitarian needs of the Ukrainian people.”