The bipartisan delegation was led by Rep. Richard Neal (Chair of the House of Representatives Ways and Means Committee), comprising members of that Committee; including Rep. Kevin Brady, the Ranking Republican Member, and also members of the Congressional Friends of Ireland.

“I thanked the members of the US Congress for their continued support of the Good Friday Agreement, for peace and for progress in Ireland.

“There would be no Agreement without the US. The progress we have made since 1998 has been due to the diligence and commitment of US political leaders who have acted as guarantors of our agreements.

“These agreements face challenges from a British government that plays fast and loose with international law and places narrow Tory party concerns above the needs of the people and economy of the north.

“We all agree the way forward is clear - the DUP need to get back to work and stop blocking the formation of an Executive.

“The British government must abide by international law.

“The resolution to the implementation of the Protocol will be found in negotiations between the EU and British government free from threats of unilateral action.” 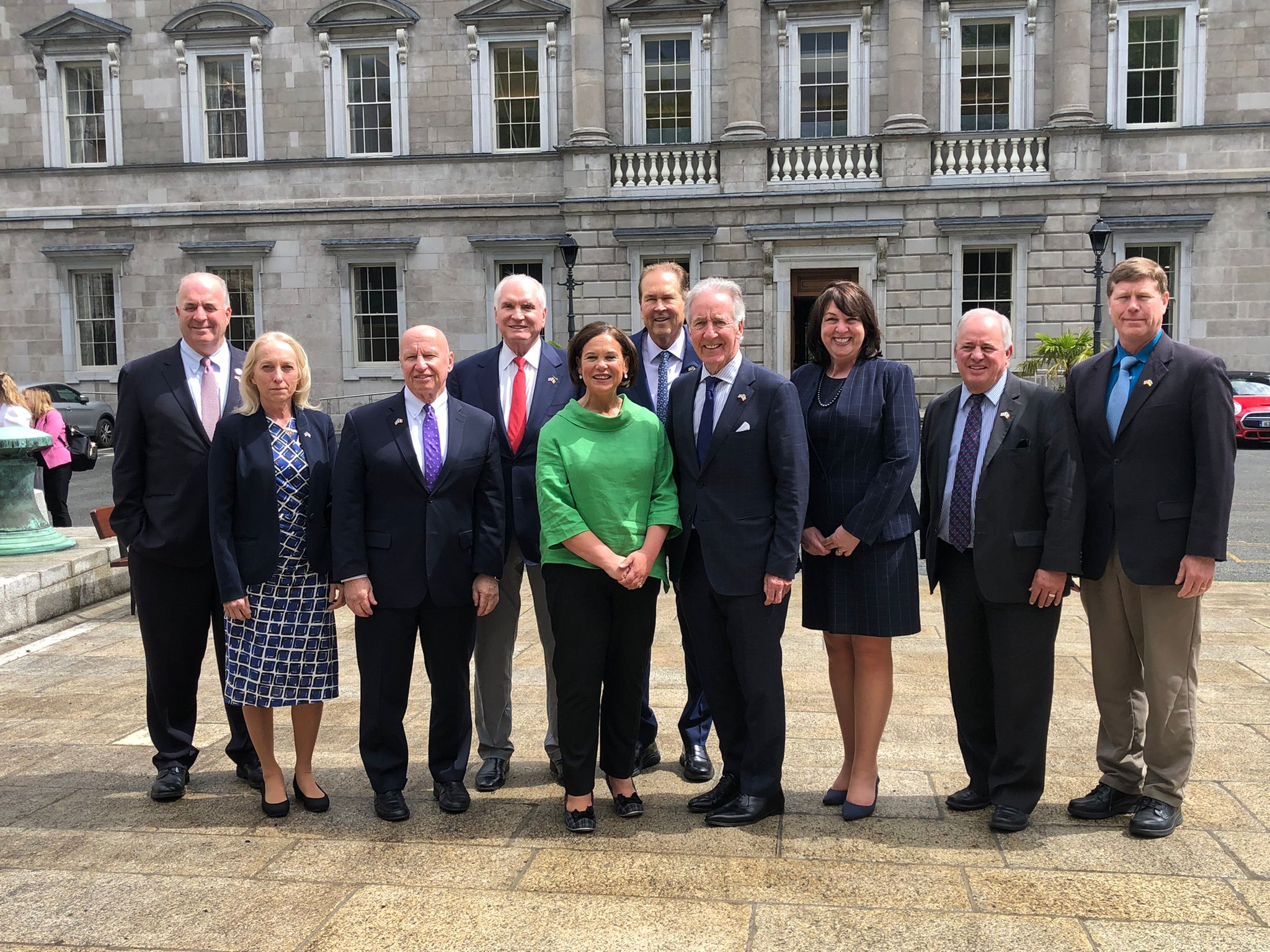 Sinn Féin President Mary Lou McDonald TD with the US Ambassador to Ireland Claire Cronin, members of the US House of Representatives Ways and Means Committee, and members of the Congressional Friends of Ireland at Leinster House