MacManus Hails Success Of Arigna Mining Experience
Sinn Féin MEP Chris MacManus has praised the Arigna Mining Experience and the key role that it has played in economic development and attracting tourism in the local area. The Midlands Northwest MEP was speaking after meeting it’s manager Valerie Stenson, on a recent visit to Arigna.

MEP MacManus said:
“I was delighted to visit Valerie and the team at the Arigna Mining Experience recently. It is a unique attraction, bringing to life the history of Ireland’s coal mining industry, and it is easy to see why it has become such a popular destination for tourists and locals alike.”

“The coal mine closed in 1990 but a community inspired initiative resulted in the opening of the Arigna Mining Experience in 2003.”

The Midlands Northwest MEP commended the facility’s positive impact on tourism and the local economy. “Given that the local community, including many former miners, played a key role in the development of the mines into a tourist attraction it is great to see that it has brought enormous benefits to the local area in terms of tourism and economic development. It has provided a boost to employment in the local area with the employment of staff at the mine itself and also through spin-off benefits for other local businesses, particularly in the hospitality sector.”

“It highlights the need, especially post-pandemic, of promoting and developing the Ireland’s Hidden Heartlands initiative in order to encourage even more tourists into the local area. Places like Arigna prove that there is more to Ireland than just our cities and the Wild Atlantic Way. Roscommon and the wider region has a lot to offer and deserves greater recognition from our national tourism bodies.”

“I want to thank Valerie and her team for having me at in Arigna and I wish them continued success.” ENDS
Pictured at the Arigna Mining Experience are Valerie Stenson (Manager) and Chris MacManus MEP 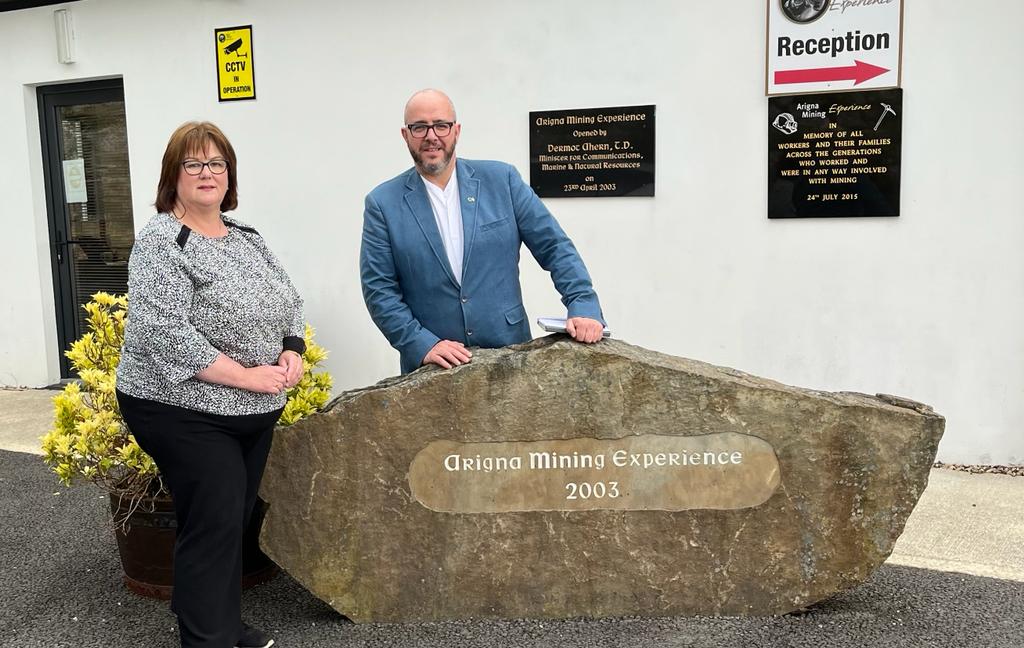