“Urgent Solution Needed For Lough Funshinagh Crisis” – MacManus
Sinn Féin MEP Chris MacManus has called for an urgent and viable solution in consultation with local homeowners and landowners to address the Lough Funshinagh crisis. The Midlands Northwest representative was speaking after visiting locals at the Lough alongside his Sinn Féin colleague Claire Kerrane TD.

MEP MacManus said:
“I recently met with locals at Lough Funshinagh with my colleague Claire Kerrane and it was clear to see the devastation that this flooding has caused to the local community.”

“The continuation of this situation has come about due to a legal impasse which has prevented works from taking place to reduce  the lake with a 4km overflow pipe  to the nearby River Shannon.”

“It is bewildering that the case was taken by an environmental group to stall these works, given the huge threat this poses to the local environment and local diversity. Pollution is causing a major issue now as the lake is encroaching on farmland, farm yards with slurry storage and household septic tanks. There has been an enormous cost to biodiversity with many species such as whooper swans and curlews having disappeared completely from the lake. Every tree in the immediate area is dead.”

“The EU Commission previously informed me that it is for the Irish competent authorities, in this case the NPWS, to take appropriate steps to avoid deterioration of the SAC, and to engage with the local community in relation to addressing flooding.”

“This local community has been failed and six years later we are no closer to a resolution of this issue. No community should have to endure this and I will be pursuing this issue with the NPWS and at EU level in the time ahead.” ENDS
See attached photo of (L-R): Chris MacManus MEP, Claire Kerrane TD and local residents Padraig Beattie and Fergal Beattie 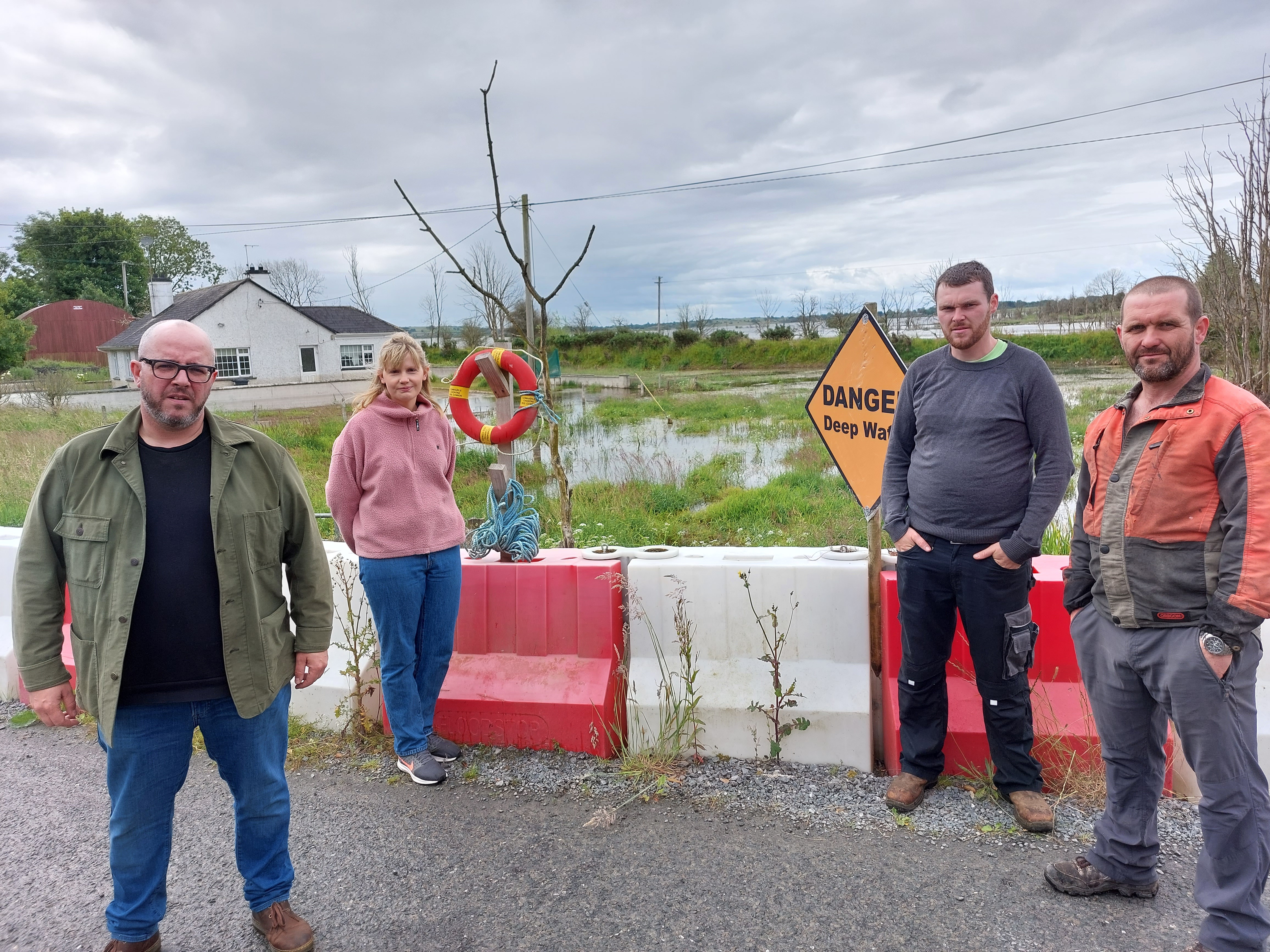