“It was an honour and a privilege to host a delegation of students and teachers from St Columba's College, Stranorlar, Co. Donegal.” said Chris MacManus MEP. “The forty students and four teachers were a delightful presence in the European Parliament. Each and every one of them were fantastic ambassadors for their county.”

Throughout the two day engagement the delegation took part in a packed schedule that included a guided tour of the European Quarter followed by lunch at the main parliament visitor centre where a short talk by Chris MacManus MEP and a representative from the parliament took place. The group then got the opportunity to tour the Parliamentary Hemicycle Chamber. Day one concluded with a visit to the Parlamentarium; an interactive exhibition on the inner workings of the European Parliament.

An early breakfast on day two saw the delegation take in some of the main sights of Brussels on a walking tour enroute to the European Parliament where the students attended the House of European History. A mild Autumn day allowed the delegation pause for a picnic in Parc Leopold before a trip to the Museum of Natural Sciences. Next on the schedule for the delegation was a trip to the European Commission where the students attended a talk and partook in Q&A with a representative from the Commission. The trip concluded with a sampling of traditional Belgian street food before the delegation returned to the airport for their journey home to Donegal.

MacManus was full of praise for the delegation, “The students were impressively engaging throughout. Their curiosity, insight, humour, professionalism and appetite for knowledge was a joy to behold. My own team were also full of praise for the students. Their parents and teachers should be very proud of them. They did their school and indeed their county proud.”

The recent tragic events in Creeslough were very much to the forefront of everyone’s minds during the trip. Both Principal Tom Rowan and MEP MacManus addressed the students about the tragedy and offered a moment’s reflection on the sad events of the previous Friday.

Of the unique circumstances MacManus said “It was particularly apt that our first delegation after the Creeslough tragedy just so happened to be from Donegal. It was such a harrowing catastrophe. That tragic loss of life is just so hard to make sense of. I think for myself, my team, the students and the teachers, the people of Creeslough were never far from our thoughts throughout the two days. We spoke briefly to the students about it on Monday when we were all gathered together, but it’s so difficult to come to terms with such tragedy. It was more a moment of solidarity. Later that day myself and my fellow MEPs from Ireland gathered separately for a Vigil to mark the passing of the victims in Creeslough.”

MacManus concluded by thanking the teachers and students of St. Columba's College. “It was great to be able to host St. Columba’s here this week. I’d like to thank Ms. Cooke-Harkin who was the European Parliament Ambassadors coordinator, Principal Rowan, his staff of teachers, the students and indeed my own team here in Brussels for what was a very successful delegation. I look forward to catching up with everyone on my next visit to Stranorlar.” ENDS


Chris MacManus MEP pictured with the students and teachers of St. Columbas outside the European Parliament in Brussels 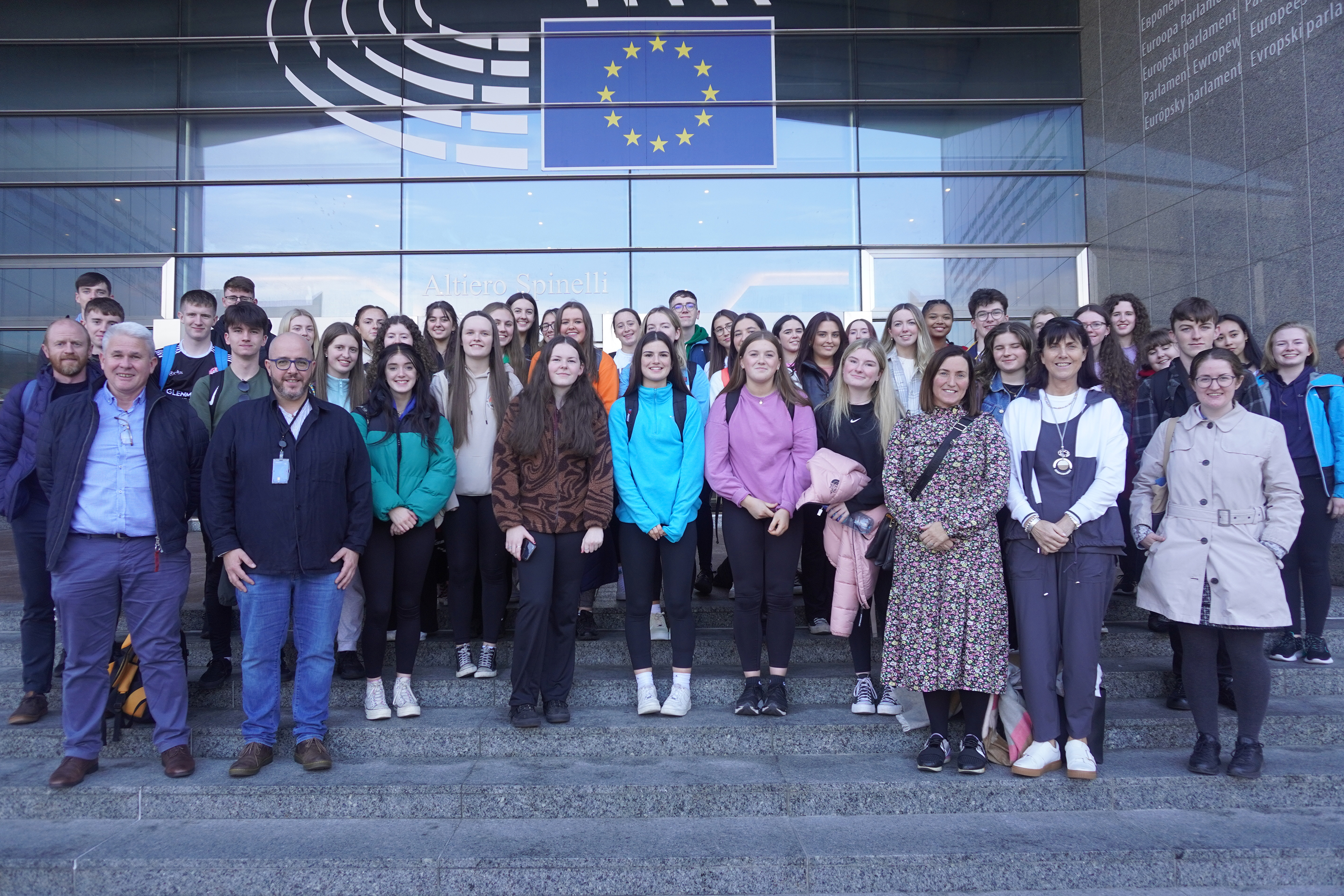 Chris MacManus MEP pictured with the teaching staff of St. Columba's College at the European Parliament in Brussels 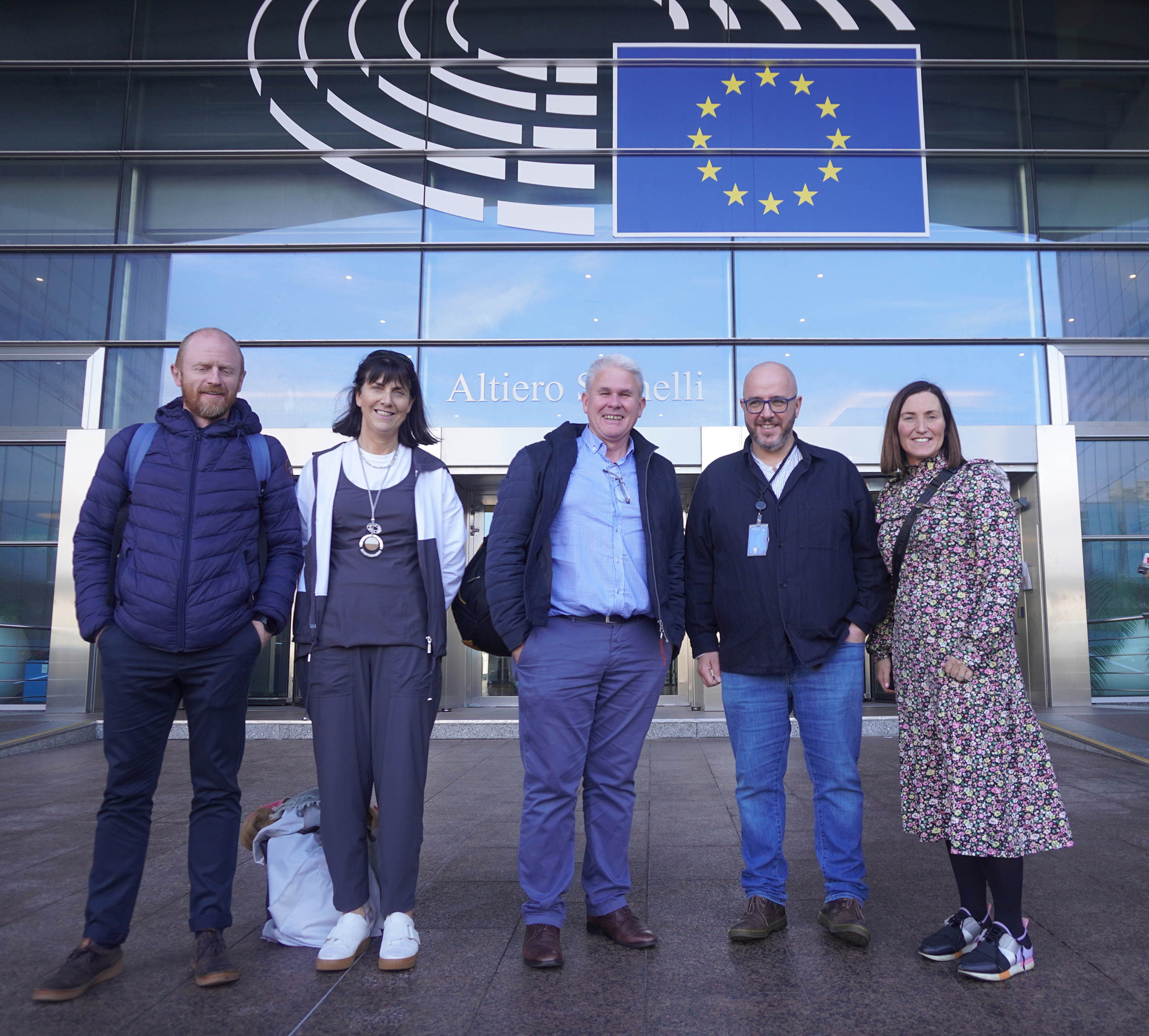 The delegation of teachers and students from St. Columba's College at the European Parliament Visitor Centre in Brussels 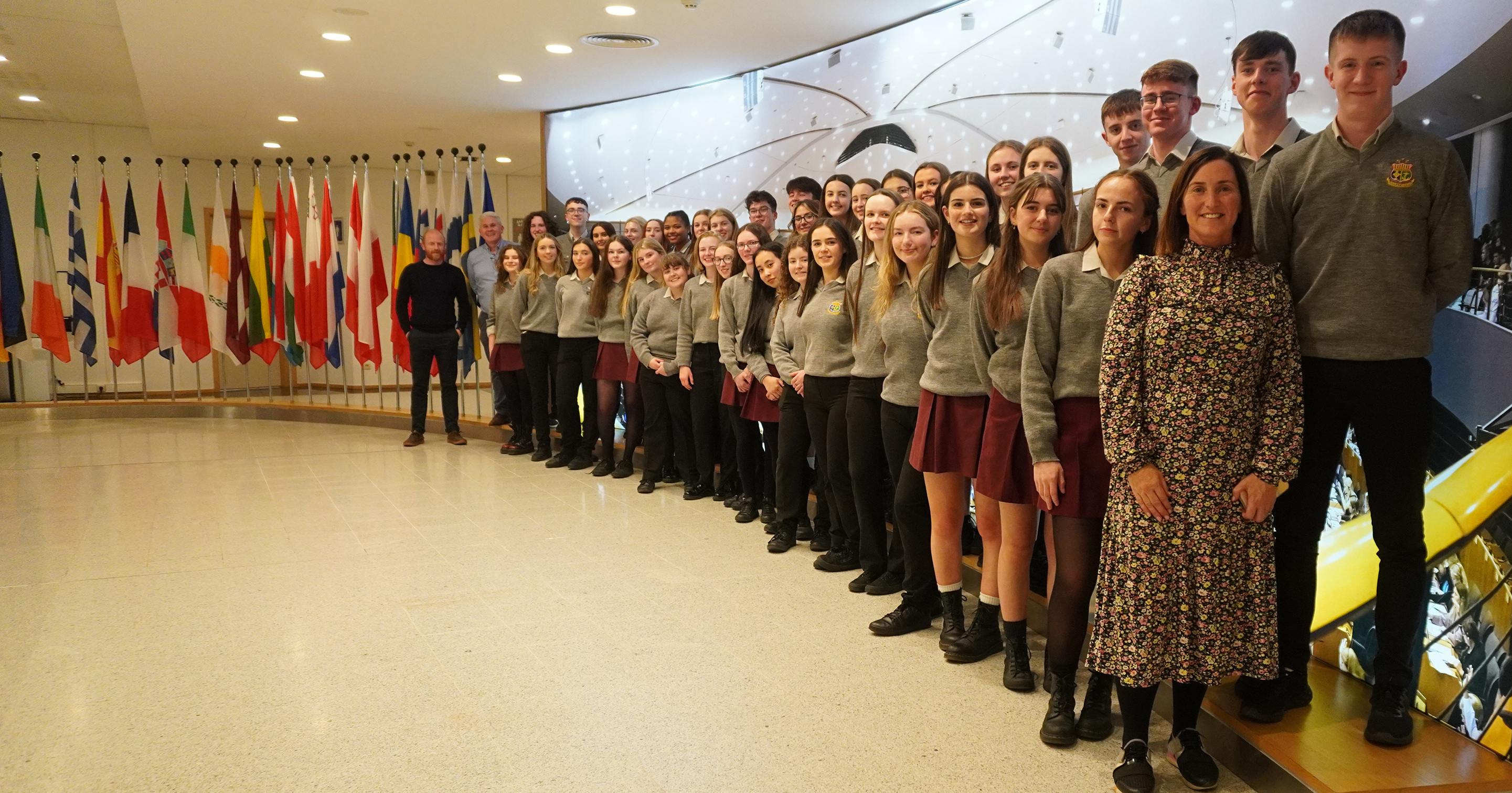 Some students of St. Columba's College Stranorlar pictured outside the European Commission Building in Brussels