MEP MacManus said:
“I was pleased to meet with Joe Duffy from the Erne Atlantic Greenway Group in Ballyshannon recently alongside my colleague Cllr Michael McMahon."

“The proposed greenway, linking Belleek, Ballyshannon, Bundoran and Rossnowlagh, is an exciting project that would bring enormous benefits to the local area in terms of tourism and as an amenity to the local community."

“The Great Western Greenway in Mayo and the Waterford Greenway are examples of the benefits greenways can bring to local communities and the huge number of tourists they attract, and the Northwest has an opportunity to capitalise on that too with this project."

“It would also be a very positive example of cross-border cooperation, and I understand that Fermanagh and Omagh District Council are very supportive of the project."

“Therefore I have written to the Chief Executive of Donegal County Council, John McLaughlin, urging him to progress this project."

“Since a feasibility study was carried out in 2018 little progress has been made and resources must be assigned by the Council to advance this project and open up funding possibilities."

“My colleague Cllr Michael McMahon will also be raising this in Donegal County Council and we will continue to work together to ensure that this project is delivered. ENDS
Pictured in Ballyshannon are (L-R): Chris MacManus MEP, Joe Duffy, Cllr Michael McMahon 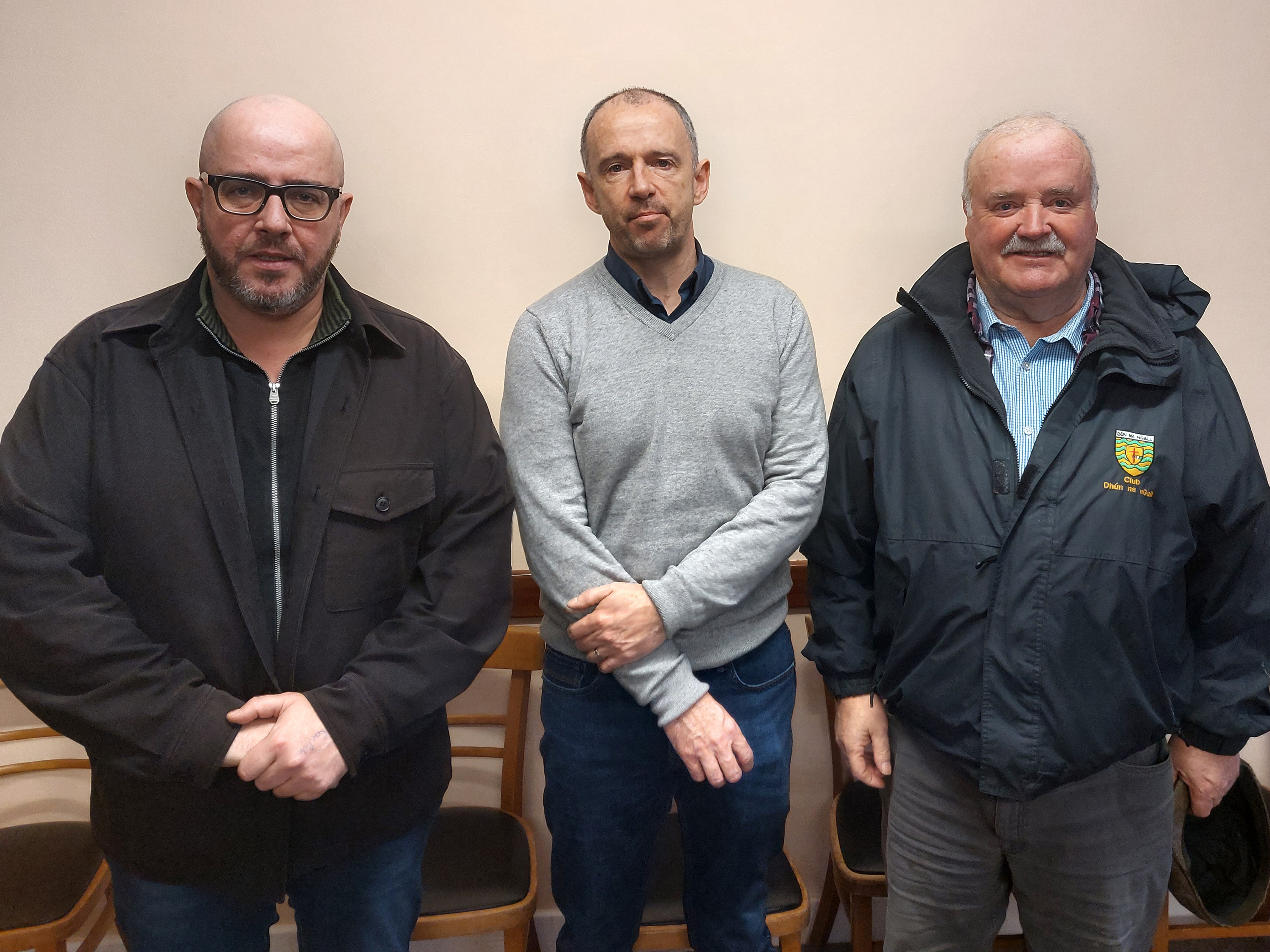