Sinn Féin Spokesperson for the Diaspora Trevor Ó Clochartaigh has criticised the Government for paying lip service to Irish emigrants, as the Taoiseach confirmed today that he thinks voting rights 'is a topic for the next government'. He made his statement at the Irish Embassy in Brussels, whilst speaking to youth emigrant organisation, 'We're Coming Back'.

“The Taoiseach's comments are regrettable, but highlight his and the governments lack of commitment to Irish Emigrants and their rights. This copper fastens the concerns we had earlier this week when the Cabinet did not agree to schedule a referendum on these rights, as has been recommended by the Constitutional Convention. There is no reason that a referendum on voting rights for Irish citizens abroad could not be held on the same day as the other two referenda that are planned.

“The government needs to step up to the mark on this issue. We will be keeping it on the political agenda through 2015 and calling on the Taoiseach and his cabinet colleagues for 'a little less conversation and a little more action' in this regard.

“There is no point having a Minister for the Diaspora swanning around the globe raising the expectations of our emigrant community when his government, and particularly the Taoiseach, aren't stepping up to the mark regarding their responsibilities in delivering on the needs of our citizens abroad.

“My Seanad colleague Senator Kathryn Reilly has been engaging with 'We're Coming Back' and our party fully support their calls for the extension of voting rights to emigrants. 'We're Coming Back' is an emigrant organisation that campaigns for voting rights for Irish citizens abroad. I will continue to highlight the issue in my new role as Sinn Féin spokesperson for the Diaspora. We are also asking people to support their 'Toast for a Vote' campaign this weekend.

“Our diaspora need and deserve our support and we must ensure that our government does whatever it can to provide those supports.” 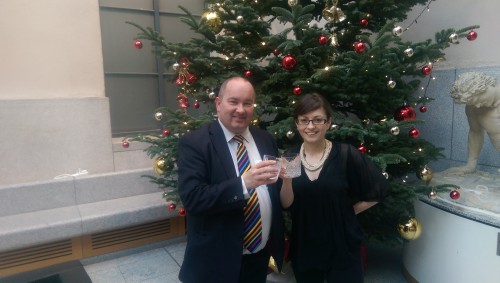