Sinn Féin Spokesperson on Children Sandra McLellan has offered her support to the childcare workers who are marching on the Dáil today. The protest which is being organised by the Association of Childhood Professionals (ACP) aims to highlight the vital work carried out by qualified childcare workers, which is being undermined by low pay.

“There is a crisis of insecurity and low pay for workers across the childcare sector, many of whom are getting just above minimum wage. This is in spite of growing numbers of childcare workers getting professional qualifications.”

“Since the introduction of the free pre-school year, many childcare workers are on contracts of just 38 weeks per year. Opportunities for career development are also very limited. It’s evident that pay and conditions do not reflect the professional and highly important work that childcare workers do.”

“This crisis has been compounded by lack of investment in childcare services. We currently invest 0.2% of GDP in childcare. This is considerably less than the OECD average of 0.7% of GDP.  This chronic state underinvestment does not reflect the vital role that early education plays in the development of the youngest citizens of the state.”

“The childcare crisis is a complex one, which demands a considered and thorough policy response. Tax credits aren’t the magic wand they are made out to be by some. Their value could be quickly eroded by increased fees such is the scale of legitimate pressure on pay across the sector. Tax breaks will also do nothing to further the quality agenda in childcare delivery.”

“As Rapporteur on Childcare to the Oireachtas Committee on Health and Children, I will be engaging in a consultation with stakeholders and aim to report before the summer. Sinn Féin is in the process of examining progressive funding models for childcare which aim to make childcare more affordable for families that depend on it, and which can properly remunerate and support childcare workers for the indispensable work that they do. ” 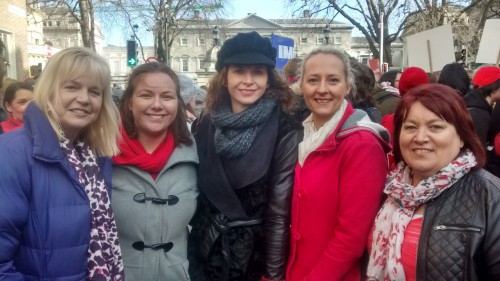