Ó Murchú has been involved in the family’s campaign for justice for Mr Ludlow and attended the press conference at the Lisdoo Bar earlier today.

The Lisdoo premises was the last place Mr Ludlow was seen alive before he was killed a short distance away at Mountpleasant in 1976.

Teachta Ó Murchú said: "This is the culmination of a lot of hard work by the Ludlow family and their representatives going back many years.

"I know they are very pleased to make the announcement today that Mr Boutcher will head up an independent investigation, north and south of the border, into what happened to Mr Ludlow. That is a hugely welcome development.

"The family have been clear about what they wanted from the outset - they wanted the truth about what happened to Séamus to be brought out into the public domain.

"They want to know as much as possible not only about Seamus’s death, at the hands of a Loyalist gang which included members of the British Army, but also why the Garda investigation into the killing fell far short of what they were entitled to expect.

"There have been failings north and south, both political and policing, in relation to the Ludlow case, right up to the present day.

"I hope that all those connected with the investigations will co-operate with this inquiry in every way possible.

"Every and all resources should be given to this inquiry so there will be no further impediments to the Ludlow’s family’s four-decade long quest for the truth." 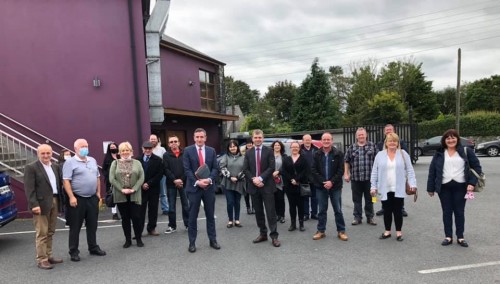