Sinn Féin MEP Chris MacManus has said that it is vital that new carriers are secured for the Donegal Airport services to Dublin and Glasgow, which are due to end in the coming months. The Midlands Northwest MEP was speaking from Donegal Airport after meeting with Management Director Eilis Docherty alongside his Sinn Féin colleague Cllr John Shéamais Ó Fearraigh.

MacManus said:
“Donegal Airport is widely recognised as a key element of the county’s infrastructure. It is a critical driver of economic development and tourism in the northwest region and it is pivotal to the local economy, with 30 people directly employed by the airport and many more working in spin-off industries.”

“It is also vital for local connectivity given the lack of public transport such as rail in the county and poor roads, which leave travellers facing journey times of several hours to Dublin.”

“Demand for flights to Dublin and Glasgow has been steadily rising since restrictions were eased. Unfortunately the previous operators of the Dublin PSO route collapsed in early June and the route is currently being operated temporarily by a Swedish regional airline until February 2022. The Glasgow route will also end on the 29th October as current operators Loganair are pulling out due to issues related to Brexit.”

MacManus spoke to the team at Donegal Airport and was assured of a bright future if tangible government supports are in place. “Eilis and her team are confident of securing a new carrier for the PSO route to Dublin and are optimistic that the same carrier will also take up the Glasgow route. It is vital that new carriers are secured given the importance of these services to the local community, not just for economic reasons but also for social and family reasons.”

“I will be making clear to the Department of Transport the importance of doing whatever is necessary to ensure that new carriers are secured for these routes. I will also outline the importance of Regional Airports Programme funding for Donegal and the need for it to be maintained going forward. My Sinn Féin colleagues in Donegal and I will be working closely together to ensure that Donegal Airport is protected into the future.” ENDS 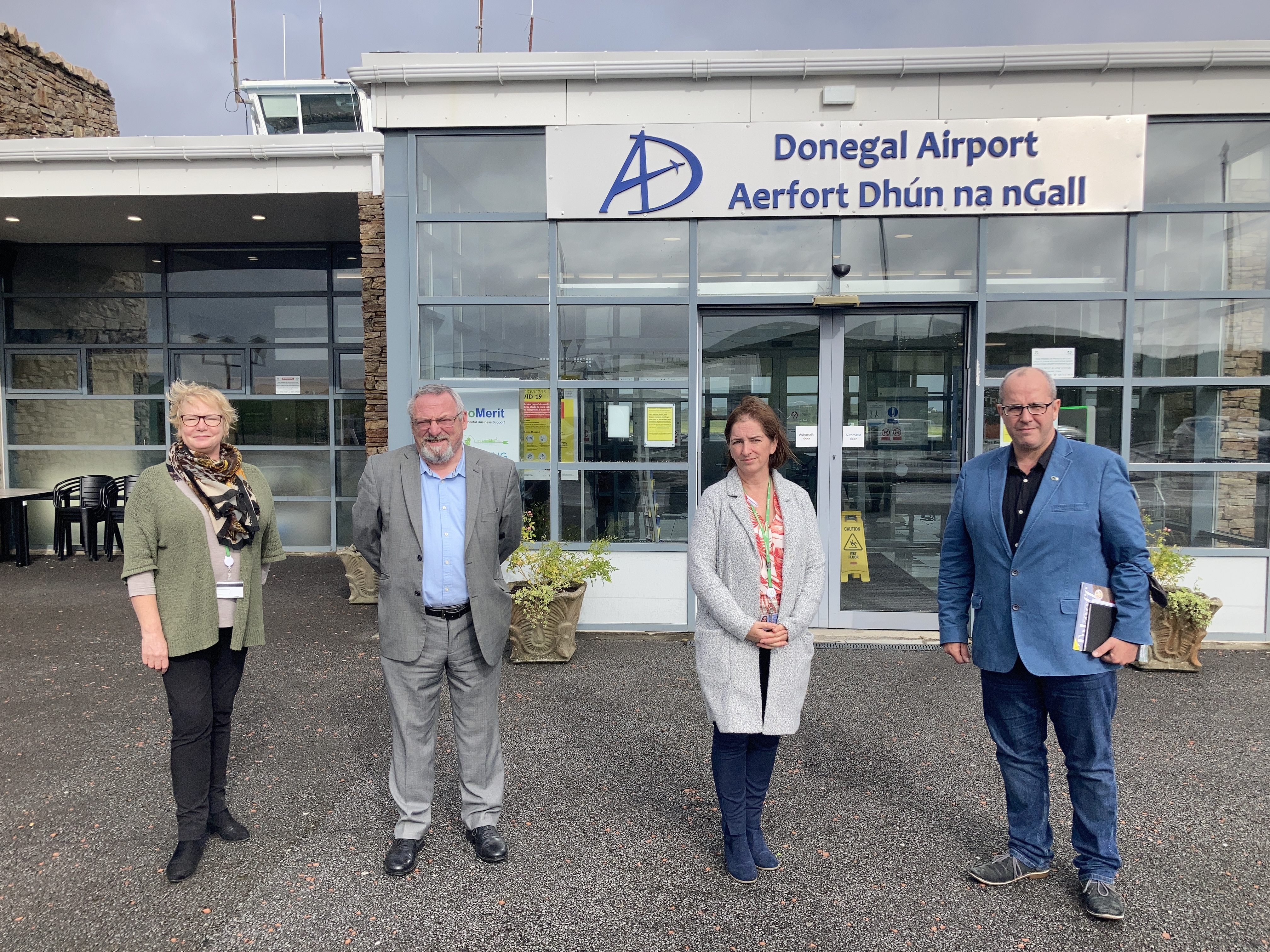