Midlands Northwest MEP Chris MacManus has described a Sinn Féin meeting with Vice President of the European Commission Maroš Šefčovič as a “positive engagement”. MacManus was joined in Brussels by First Minister Designate Michelle O’Neill and Sinn Féin President Mary Lou McDonald for a day of discussions with senior politicians from across Europe.

MacManus explained, “The purpose of this week’s visit was to brief EU leaders and MEPs from across the political spectrum on the latest developments following Sinn Féin’s historic election victory in the North. The implementation of the protocol and the protection of the Good Friday Agreement in all of its parts were to the forefront of the discussions.”

“As part of the day’s business we visited the European Commission for a meeting with Vice President Commissioner Maroš Šefčovič. Commissioner Šefčovič was briefed on the Assembly elections and how a majority of MLAs returned want the protocol to work and are opposed to unilateral action by Boris Johnson. During the discussion we spoke of the importance of the resumption of talks between EU and the British Government on the basis of good faith and joint solutions.”

Throughout the day the Sinn Féin team held similar briefings with leadership figures and members of various political groupings including Renew Europe, Socialists & Democrats and The Greens/EFA. Of those engagements MacManus said, “We enjoyed constructive conversations with all. It was refreshing to hear that across political parties, party groupings and various member states there was a strong sense of comradery and eagerness to understand and assist in all areas of developments in Ireland especially towards the implementation of the protocol and the protection of the Good Friday Agreement.”

“Both Mary Lou McDonald and Michelle O”Neill were also guest speakers at our own group meeting of the Left where the party leaders gave a briefing on the situation in Ireland, the Irish protocol & the threats posed by the British government to international law. First Minister designate O’Neill received a warm ovation from those present following her recent election success.”

The Sinn Féin visit to the EU parliament concluded with a briefing of the Co-Chairs of UK Contact Group, where again the central topic was post-election developments in the north, the implementation of the protocol and the need for constructive dialogue between the European Commission and the Westminster government.

“Today was an important occasion in maintaining and developing the relationship between Belfast and Brussels.” said MacManus “It is our responsibility to keep our colleagues in the European institutions keenly aware of every development in the North of Ireland. The recent election victory was a seismic moment and there is a sense that our friends in Europe understand fully the historic nature of Michelle O’Neill’s election to the position of First Minister designate. The significance of the change happening on the island of Ireland is certainly causing a stir at an EU level. I believe today was another important step on the road to an exciting new Ireland.” ENDS 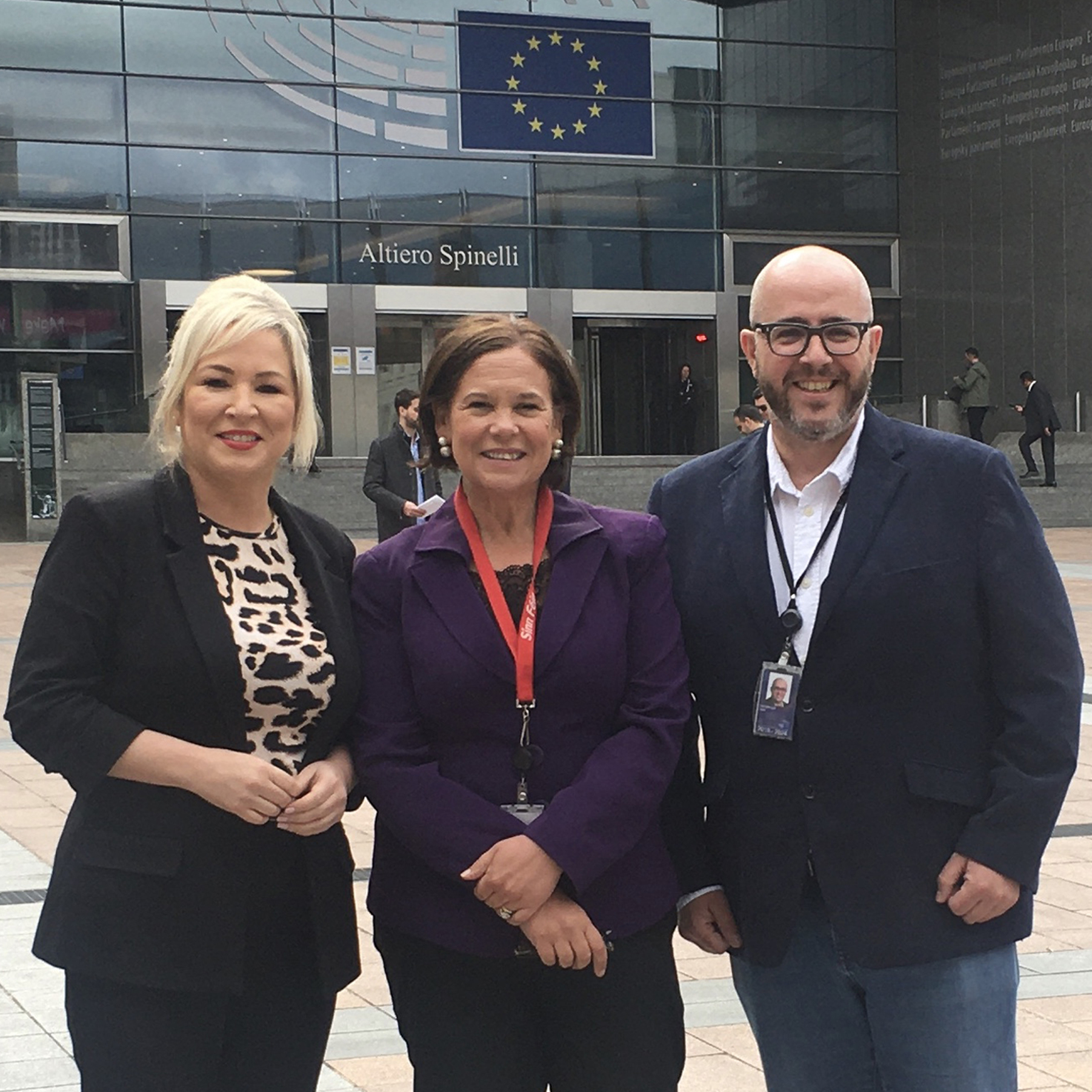