MEP MacManus said:
“I was pleased to meet with CE Supervisors in Bailieborough recently alongside my colleague Cllr Paddy McDonald. I want to commend these workers for the excellent service they provide to the local community, like in childcare, community maintenance and many other areas.”

“These workers play a crucial role in our communities and it is wrong that despite their valuable work, they have not received a pay rise since 2008 - fourteen years ago.”

“The starting rate of pay for an Assistant CE Supervisor is €11.01 which actually works out to be less than the minimum wage set from the start of 2023.”

“Government after government have continued to say that they are not the employer but the reality is these schemes depend on Government funding and the only possible route to raising pay is through an increased Government allocation. CE Supervisors are employees of the state in all but name.”

“In addition to the lack of pay the workload of CE Supervisors has increased enormously and it is unsurprising that there is huge staff turnover. Failure to pay these workers adequately will result in more workers leaving to take up employment elsewhere due to the pay gap and the gulf in terms and conditions. The Government must step up to the plate and deliver pay justice for CE Supervisors.” ENDS
See attached photo from Bailieborough Courthouse of Chris MacManus MEP and Cllr Paddy McDonald with local CE Supervisors 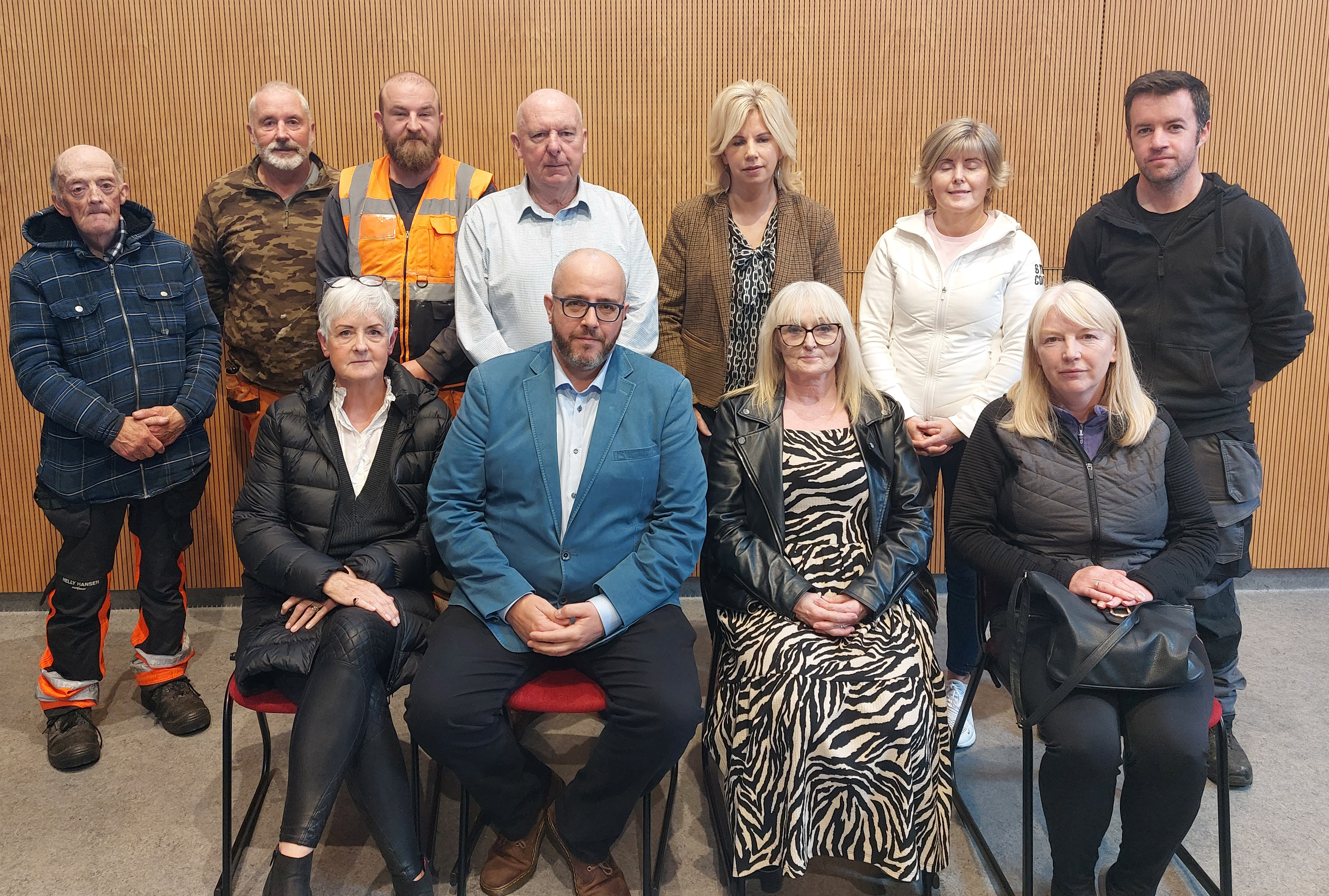