Sinn Féin MEP for Midlands Northwest, Chris MacManus, will host a public meeting on addressing regional imbalance and reversing rural decline in the Bush Hotel, Carrick-on-Shannon on Tuesday 1st November at 8pm. The meeting will feature contributions from Martin Kenny TD, Cllr Brendan Barry and representatives of local community organisations. MacManus has encourage the public to attend the meeting and the join the discussion on delivering change for the West and North-West.

“Delivering balanced regional development and standing up for the West and North-West has always been a key priority for Sinn Féin and I am delighted to be hosting this discussion on addressing regional imbalance and reversing rural decline in Carrick-on-Shannon.”

“Over the past number of decades our region has suffered from neglect and a lack of opportunities for those of us who live here, particularly for our young people. This can be seen in terms of disposable incomes, which have fallen to €2671 below the State average in County Leitrim according to the CSO.  The EU’s downgrading of the Northern and Western region in recent years to being a lagging region and one ‘in transition’ highlights the urgency of addressing this problem.”

“We need positive discrimination for the region to turn this around and revitalize the economy in the West and North-West. The only thing that will reverse this decline is major investment in infrastructure and public services. I have been calling for Cohesion funding, State Aid flexibility, the billion euro allocation of the RRF and the Brexit Fund to be used to offer a ready-made investment package to provide for this.”

“There is no doubt that the current approach to regional development needs to change urgently in order to ensure that this part of the country has a sustainable future. I would encourage people to attend our meeting next Tuesday to join the discussion on how we can bring about change for our region.” ENDS 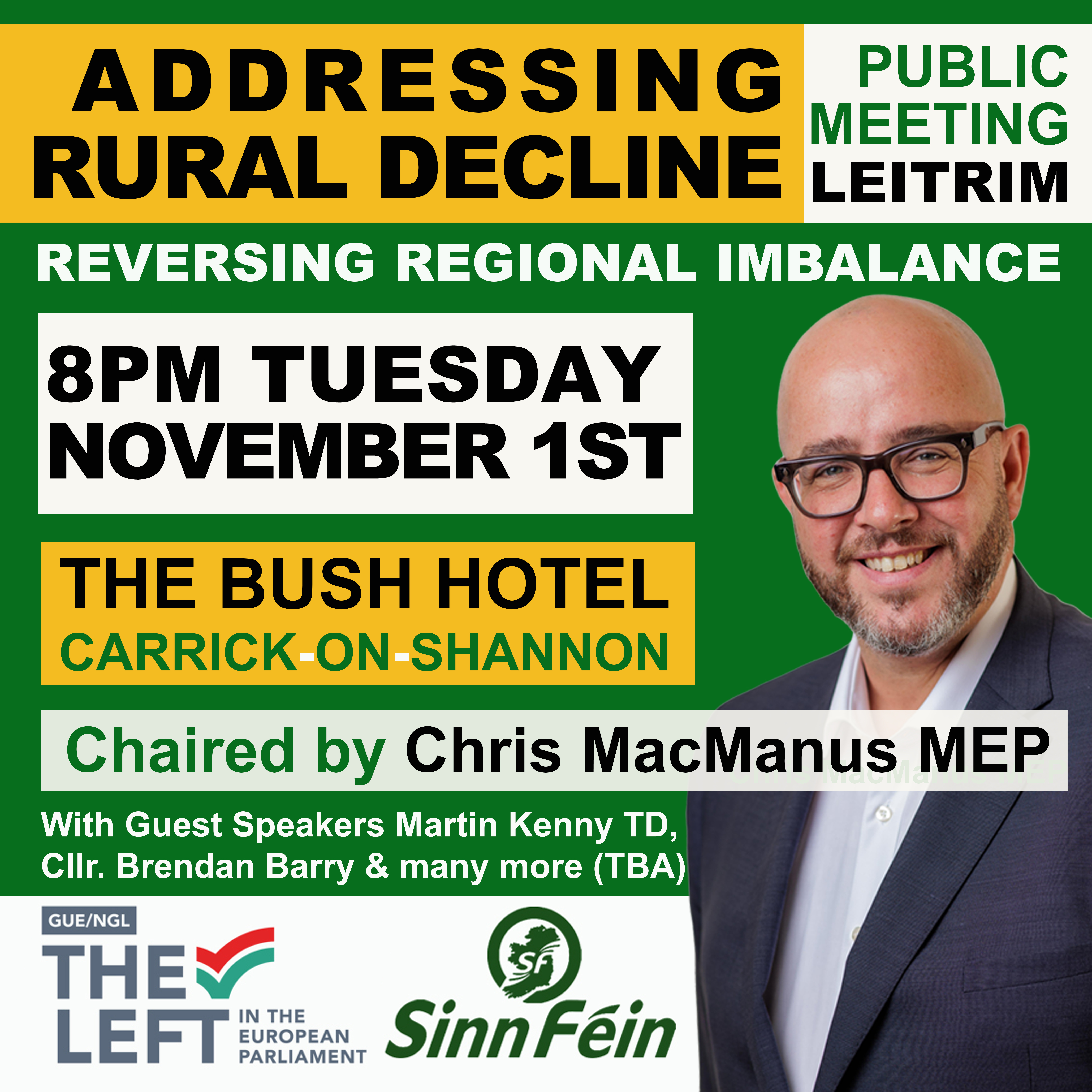