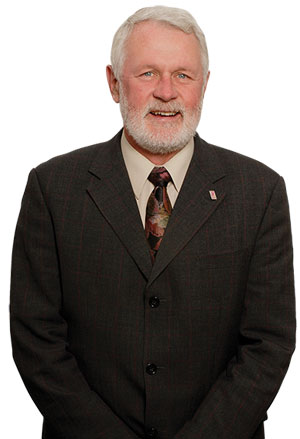 Martin Ferris - Spokesperson on Fisheries and the Marine

Martin Ferris has been a Sinn Féin TD since 2002, having previously been a member of Kerry County Council and Tralee Town Council. He is married to Marie and they have 6 children and 13 grandchildren.

Martin was a member of Sinn Féin’s negotiating team in the lead up to the signing of the Good Friday Agreement in 1998 and has travelled the world to promote the Peace Process and a United Ireland. He is Sinn Féin’s spokesperson on Agriculture and Fisheries and is a member of the Oireachtas Committee on Agriculture, Food and the Marine.

Martin has been a passionate defender of farming and rural communities, coming from farming and fishing background himself. He was the first politician to shine a spotlight on the growing drugs problem in Kerry during the 1990's.

Martin is a former member of the IRA and spent a number of years in jail for related activities. He spent 47 days on Hunger Strike in 1977.

He is a passionate GAA man and won an U-21 All-Ireland Medal in 1973 with Kerry. He has also been involved with Churchill, Ardfert and St. Brendan’s football.