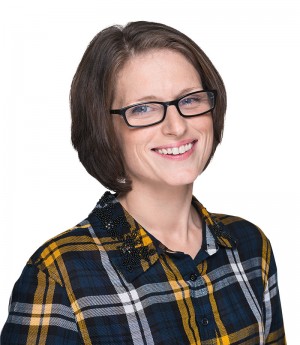 Sinn Féin TD for Clare Violet-Anne Wynne has called for government intervention to save jobs at Shannon Airport.

Her remarks come after Aer Lingus announced it is to carry out a review of operations which could put hundreds of jobs at risk and threaten the very viability of both Shannon Airport and Cork Airport.

"Sinn Féin have for weeks now been calling on the government to step up and intervene on the matter.

"Workers are at their wits' end with worry. They are frustrated by the lack of action and now fear for their own jobs and the knock-on effect for employment prospects in the region with the very viability of Shannon Airport now under serious threat.

"Shannon Airport is vital for the viability of the tourism sector and the entire economy right across the Mid-West region and deserves more than this apathy from government.

"I addressed SIPTU representatives at the Oireachtas Covid-19 Committee on Tuesday and was appalled to hear that they had been writing to the Minister for Transport without receiving a response.

"This kind of disregard is not good enough - it is a smack in the face for workers. Those affected rightly feel this is a slight on our region.

"We should have by now learnt from the failures of successive governments that regional balance must be a priority in policy making.

"I call on the government, even during the recess that they called for, to demonstrate leadership and intervene now before it is too late. The situation has now escalated and it is clear that any further delays will prove catastrophic.

"The decision to separate Shannon Airport from the Dublin Airport Authority in 2012 has proved a disaster. Sinn Féin, along with the trade union movement, opposed the separation then and, unfortunately, the passenger traffic numbers pre-Covid vindicated our stance.

"It is now time for the government to admit their failure and agree to the amalgamation of Shannon Airport under the DAA once again. The unions have also added their voice to this call.

"Governments elsewhere have provided huge amounts of state funding to the airlines in an effort to salvage the aviation sector during this crisis yet ours to date has been silent on the matter.

"We are still waiting on the recommendations from the aviation taskforce to be enacted. People want action now - not empty promises and faceless taskforces."