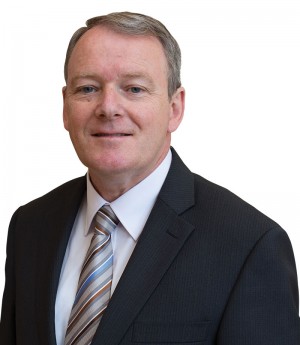 Sinn Féin TD and the new Chair of the Public Accounts Committee, Brian Stanley, has expressed disappointment at the three Government parties for delaying the first meeting of the PAC.

The Committee has not met since January and was supposed to meet on Thursday (August 6th) to set out its work programme for the next term but the meeting will now not go ahead after the Government ignored several deadlines for submitting their membership list.

Deputy Stanley described the move as another sign of the chaos within the Government coalition.

Teachta Stanley said: "The Public Accounts Committee has a very important role to play in the 33rd Dáil, but a number of parties have delayed it from getting on with its job.

"There was a deadline set for all parties to have their membership list submitted by noon Wednesday July 29th.

"This was raised at the Dáil Reform Committee and an extension was agreed for close of business Wednesday evening. Again, this deadline was missed by the Government coalition.

"The Government then chose to submit their nominations very late Thursday night, giving no time for a motion to come before the Dáil on its last sitting day before the recess.

"Now this can't be done until the Dáil resumes in September.

"It is unacceptable that some parties can obstruct the work of the PAC due to the fact that they can't get their act together.

"I am appealing to all parties to stop frustrating the process and to cooperate to ensure the Committee can do its job.

"As Chair of the PAC, at our next meeting I will also be bringing forward recommendations by the Dáil Reform Committee to have the remit of PAC expanded to empower the Committee to follow taxpayers’ money wherever it is spent and whenever the need arises."