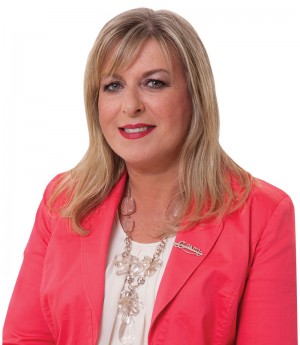 Sinn Féin TD for Kildare North Réada Cronin has said that the submission from the Independent Workers’ Union at today's sitting of the Oireachtas Special Committee on Covid-19 exposed how the privacy and dignity of women workers has been denied.

The submission outlined how in one meat plant, on the first day of lockdown, the doors to women’s locker-rooms and toilets were bolted open to the walls as a virus safety measure to prevent touching of surfaces.

This would have had the inevitable effect of leaving already-vulnerable women workers undressing and attending to personal hygiene in full view of a main hallway.

Teachta Cronin said: “The idea of working women, who would also be menstruating women, taking their clothes off and attending to personal hygiene while doors to locker-rooms and toilets are bolted open, and with no prior notice, is repulsive.

"It is dehumanising and degrading of these women in the €4 billion meat industry whose profits they are creating. It is also an abuse of power.

“These doors didn’t bolt themselves. Somebody took the decision that bolting them open was good enough for these women as a ‘safety measure’. Would they have taken such action in the case of their own wife, sister, daughter or mother?

“At the committee this morning, I asked the HSA to investigate this action, the like of which you would see in a 19th century prison or asylum. As a woman I am horrified it would be seen as ‘a safety measure’ by any manager or official in the 21st century.

“The responsible minister, Leo Varadkar, claims he is worried about the political fate of white, middle-class men.

"Is he equally worried about the fate of our vulnerable, poor, exploited women workers, too many of whom, according to the evidence presented, don’t actually exist on the record?

“Covid-19 is making us take a long hard look at ourselves and many do not like what they see.

"For a meat plant to takes the primitive action of bolting open toilet doors on vulnerable women workers is  indicative of how far we have to go on our journey as women in this state, and how low we can go in our pursuit of profit.

“This is still no country for poor women. I am calling on all women’s organisations and all women politicians to push for proper working conditions and dignity for our sisters working at our meat-plants and in other precarious employment. It is the very least we can do and that they deserve.”