Thomas Ashe lecture to focus on the defining issue of our era; the climate emergency - Darren O'Rourke TD

Sinn Féin spokesperson on Climate Justice, Senator Lynn Boylan, will tackle the question of the "who, how and when of the climate emergency" in this year's annual Thomas Ashe Commemorative Lecture.

"This is the fifth annual Thomas Ashe Commemorative Lecture and is organised by the Thomas Ashe Sinn Féin Cumann to coincide with the anniversary of the death of the 1916 leader.

"Ashe, a native of County Kerry, was commanding officer at the Battle of Ashbourne in 1916. He died due to force-feeding while on hungerstrike on 25th September 1917.

"Each year we try to use the lecture to provide a platform for public discussion and debate on contemporary issues.

"This year's lecture will focus on the key challenge of our era - the climate emergency. The recent UN report on climate change highlights the impacts we are already living with and the potentially devastating future consequences.

"Unfortunately, successive Irish governments have failed to do enough in this area and as a result have a mountain to climb now. While cutting our emissions will be an enormous and expensive undertaking, the cost of doing nothing in the long run will be far, far greater.

“Our keynote speaker this year will be Sinn Féin’s Climate Justice Spokesperson, Senator Lynn Boylan, a leading voice in the Oireachtas, and formerly in the European Parliament, on the climate emergency and the need for urgent climate action.

"Senator Boylan is a passionate climate action advocate and has highlighted the central need for the green transition to be fair.

“I would encourage people to tune in, as the climate emergency will impact everyone and every aspect of our lives.

“It will be a great opportunity for discussion, debate, questions and answers on the challenge and opportunities ahead.

The lecture will be streamed live on Darren O’Rourke TD’s Facebook page (Facebook.com/Darren.ORourkeSF) on Thursday September 23rd at 7:30pm. 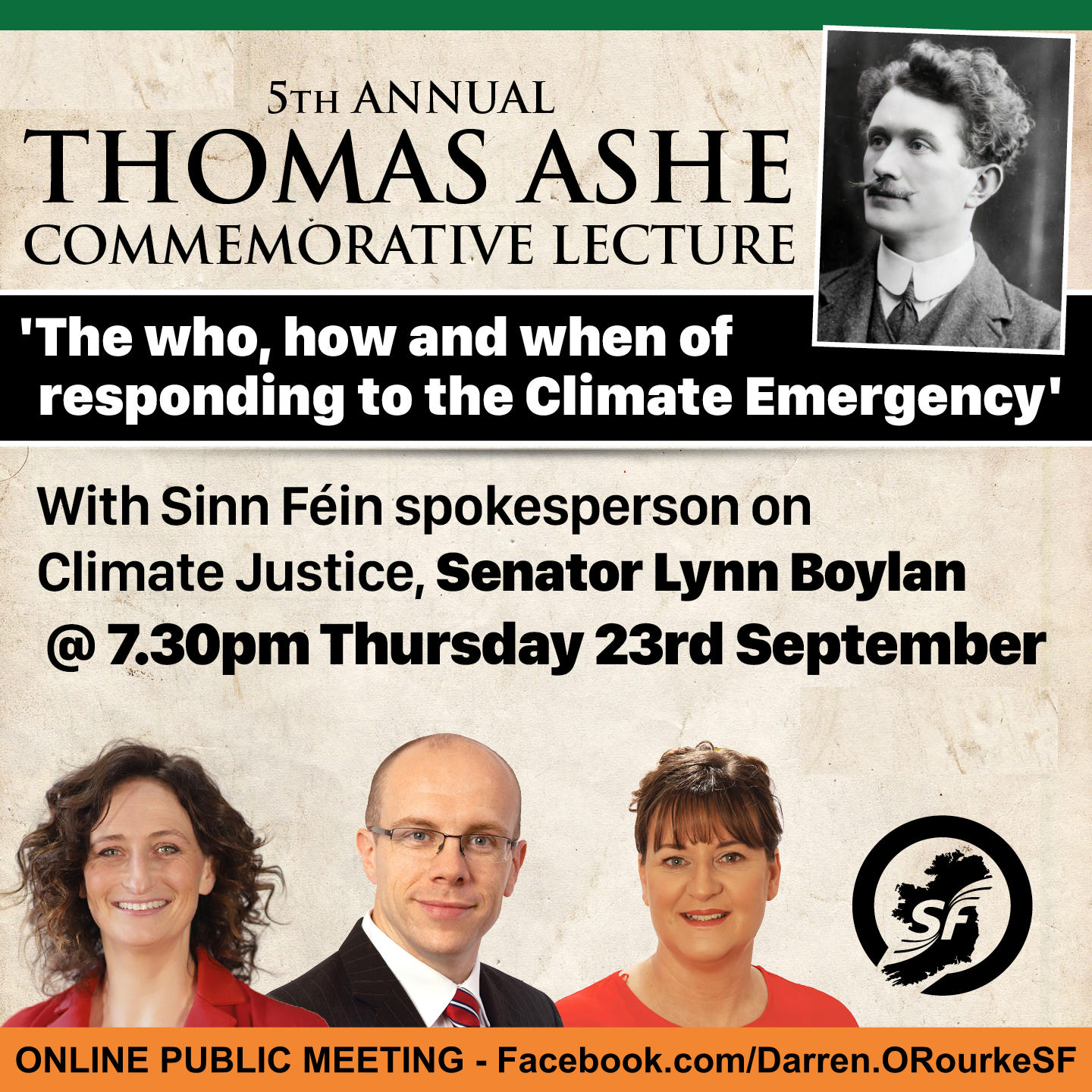