"Nationality And Borders Bill Must Be Reversed" - MacManus

Sinn Féin MEP Chris MacManus has commended Dundalk Chamber for their work in supporting businesses and economic development in the town and has called for the Irish Government and EU to engage with the British Government to ensure that the Nationality and Borders Bill is reversed. The Midlands Northwest MEP was speaking after meeting with Chamber representatives Paddy Malone and Frankie Watters and Aidan Browne of DKIT, alongside his Sinn Féin colleague Deputy Ruairí Ó Murchú.

“I would like to commend Dundalk Chamber for their excellent work in attracting and supporting commercial and economic growth in the town. There is no doubt that there has been significant progress in Dundalk in recent years which has provided employment and many other benefits to the town.”

“The development of the M1 Corridor has been a major success story and it is important that the IDA and other bodies continue to promote the region to ensure that there will be a bright future in terms of employment in the local area.”

“I was also pleased to meet with DKIT’s Head of Innovation & Business Development
Aidan Browne and hear about their work in supporting regional development. It’s very welcome that there is collaboration between DKIT and industry in the region so that they can continue to support one another through their work.”

“There are ongoing challenges in the area in relation to Brexit, particularly the Nationality and Borders Bill, which would require EU and EEA citizens travelling to the North to pre-register with authorities before they travel.”

"It highlights the lack of understanding by those in the British administration about daily life here, the impact these proposals would have for workers, for social and family life and for tourism.”
“It is vital that the Irish Government and the EU engage with the British Government to ensure that this Bill is reversed so that there is no return to a hard border for anyone living anywhere in Ireland.” ENDS
Pictured at DKIT are (L-R): Paddy Malone (Dundalk Chamber), Chris MacManus MEP, Ruairí Ó Murchú TD , Frankie Watters (Dundalk Chamber) and Aidan Browne (Head of Innovation at the Regional Development Centre in DKIT) . 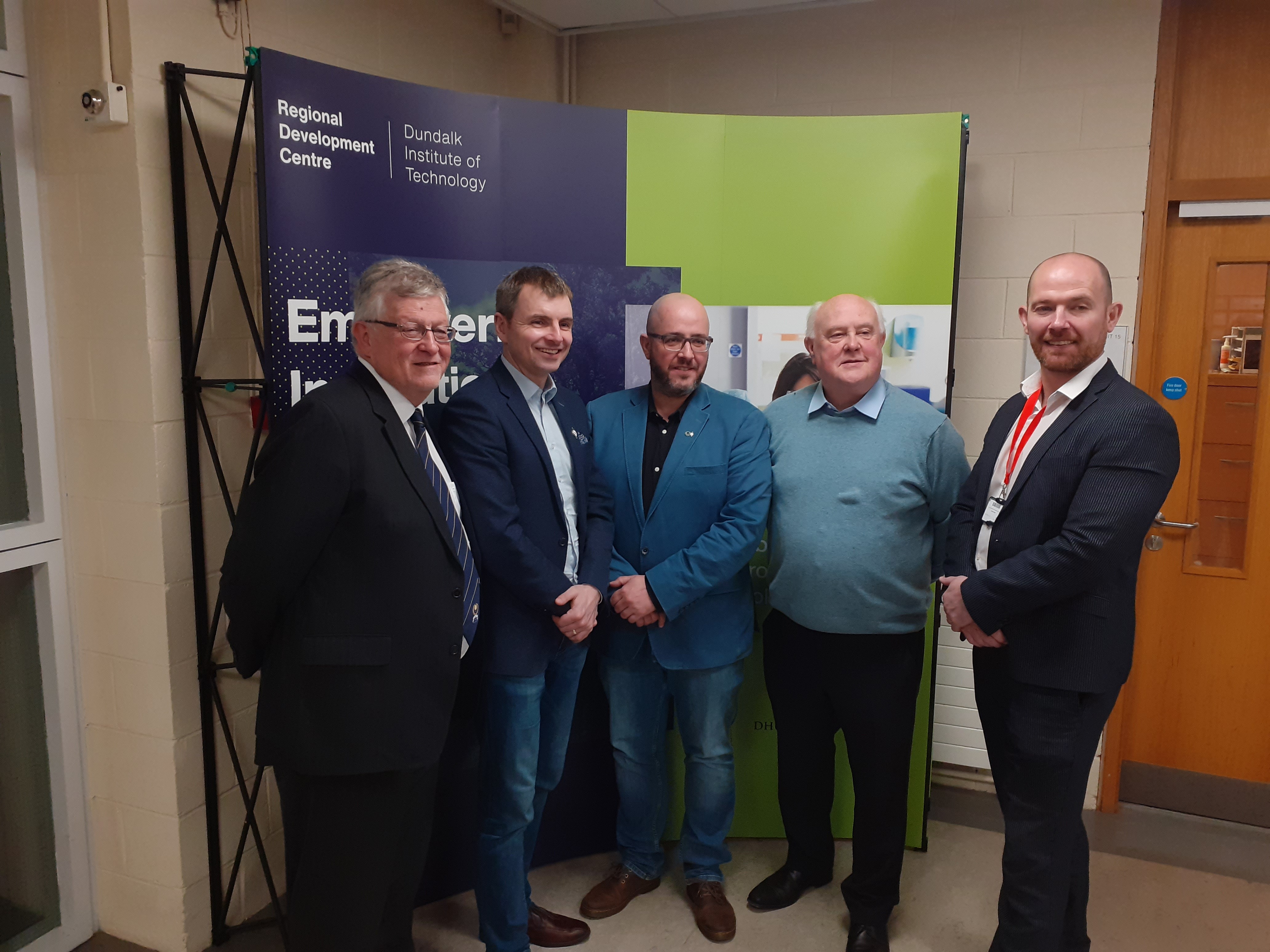