Sinn Féin MEP Chris MacManus has commended the work of Cootehill Town Team in promoting community development in the local area. The Midlands North West MEP was speaking after meeting with members of the Team alongside his Sinn Féin colleague Cllr Paddy McDonald.

“I was delighted to meet with the Cootehill Town Team on a recent visit to the town and hear about the great work they are engaged with in the local community.”

“This group was formed as result of a number of incidents involving young people in the area and was set up with the aim of having community at its heart. I was impressed with this focus on community development as local development is always more effective and efficient if decided and implemented at grassroots level.”

“Community development is hugely important in rural towns and villages, many of which would be lacking in basic facilities without groups and individuals taking the initiative. We must support rural communities to play an active role in the economic, social and cultural development of their local areas.”

“The Town Team are involved in the Tidy Towns group, promoting accessibility and economic development, redeveloping the old Ulster Bank building as a community space, and a number of other initiatives. They have a particular focus on addressing the needs of the most vulnerable in the community, which is vital at a time when we have a cost of living emergency and many vulnerable people living in poverty, and they must be commended for this.”

“I want to thank Paddy McDonald and his Cavan County Council colleagues who have been assisting the Town Team and I wish the Team all the best for the future.” ENDS

Pictured at the old Ulster Bank building are: 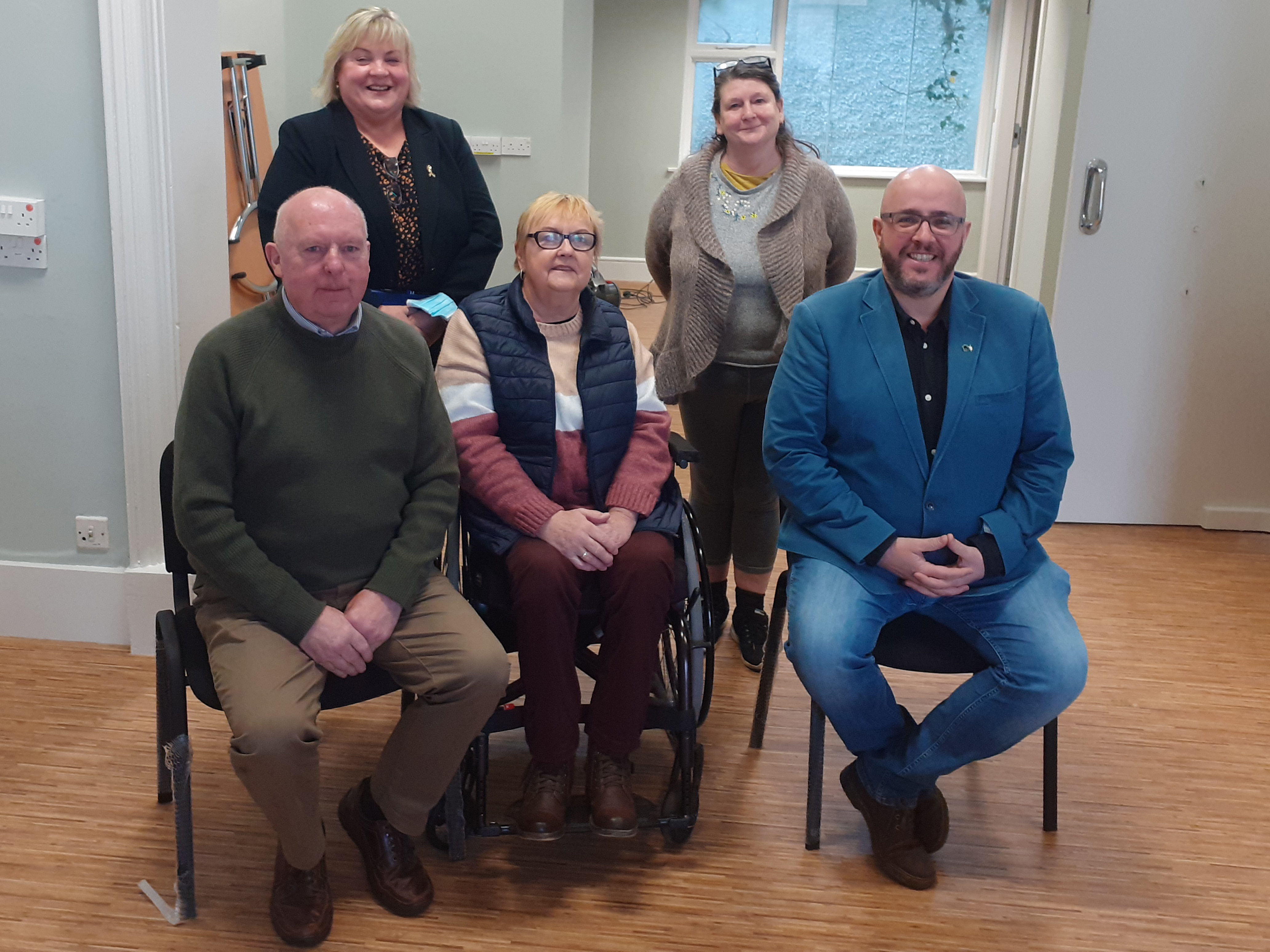