Sinn Féin MEP Chris MacManus has highlighted the potential of solar energy to maximise energy security and affordability for individuals and communities in the Midlands Northwest, while also reducing emissions and fighting climate change.

Speaking after a site visit to solar panel installation company Activ8, MacManus outlined how new EU rules seeking to increase the production of solar energy must be matched by tangible national efforts to get solar panels on roofs. “I recently worked on new legislation under the REPower EU Plan, which aims to quickly decrease the EU’s dependence on fossil fuels to both improve both energy security and reduce greenhouse gas emissions. Part of this plan is to massively increase solar energy generation capacity, with requirements for solar infrastructure on large public buildings and newly built houses. But at national level, we need the right supports to make this happen.”

“Sinn Féin is proposing new measures to make the installation of solar panels affordable for more households. In our recently launched Fairer Retrofit Plan, my party colleagues Senator Lynn Boylan and Deputy Darren O’Rourke called for an additional €10.5m to be allocated in grants for solar energy installation. Importantly, the funding of solar PVs should be provided through tiered supports, ranging from 100% to 10% of the cost depending on household income. This would make solar PV an option for thousands of households who cannot currently afford it, helping to bring down energy bills and emissions.”

MacManus also drew attention to the great potential for solar energy production on farms. “By installing solar panels on their farm buildings, farmers can generate their own energy and an additional source of income. However, the decision to invest in solar panels has to be made accessible to farmers. The current Targeted Agriculture Modernisation Schemes that can support solar panel installations are very obtuse. We need to look at how we can reduce red tape in order to support renewable energy micro-generation on farms.”

MEP MacManus and Councilor Colm Carthy received a tour of Activ8’s new premises from the company’s CEO Ciaran Marron. The Monaghan-based company have been installing solar panels for over 10 years and install roughly 70 new solar panel systems per week around the country.

“It was hugely interesting to visit Activ8 and to see the practical side of the policies being formulated at EU level. With 150 employees, Activ8 is an example of the potential that the renewable energy transition can bring for job creation in the Midlands Northwest Constituency.” ENDS 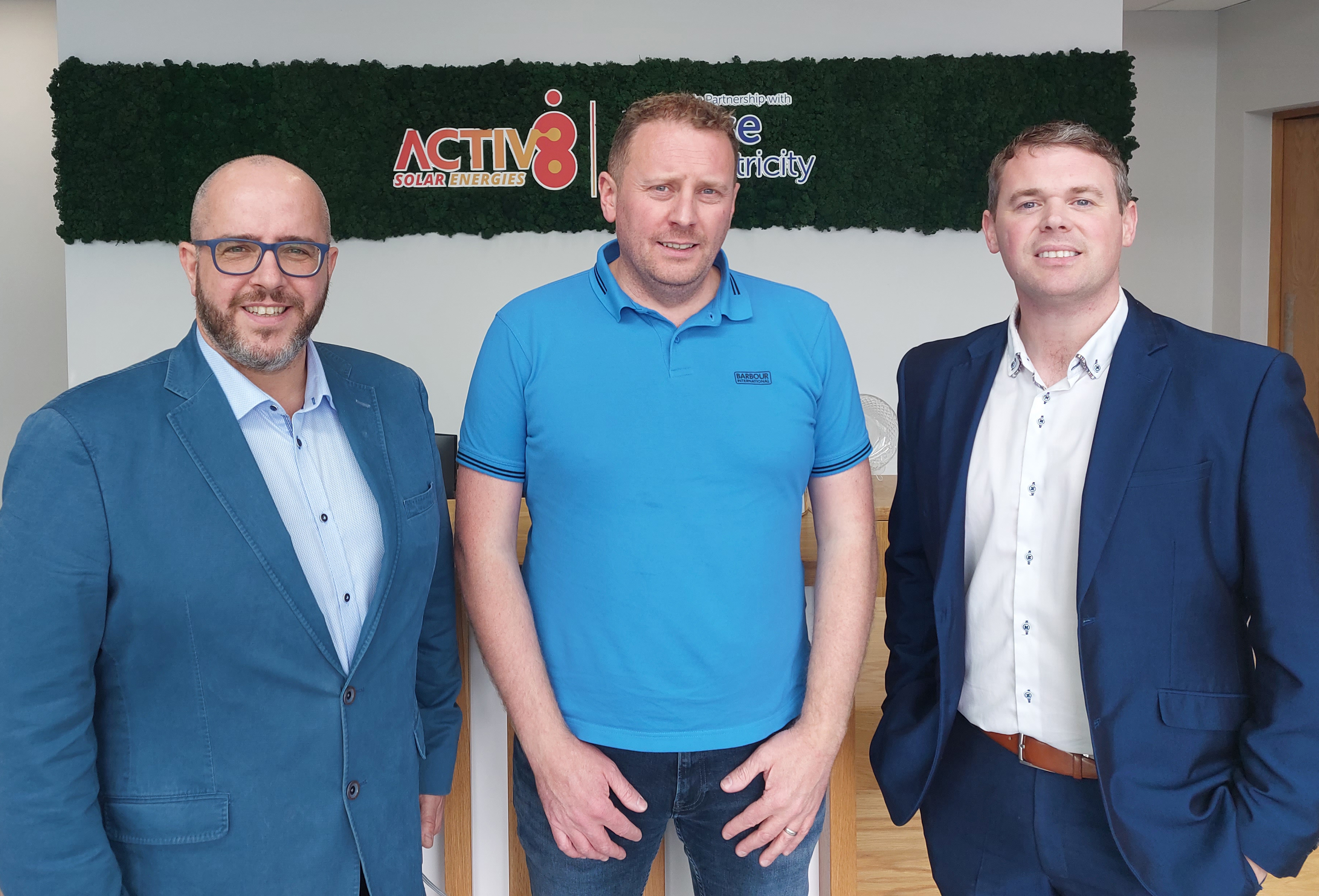