Sinn Féin MEP Chris MacManus has contacted the European Commission seeking a possible exemption from State Aid rules for regional airports such as Ireland West Airport Knock. State Aid rules limit the amount of state subsidies that can be given to a particular company or sector. Currently only 75% of investment can be covered under the rules but MacManus, the Midlands North West MEP, believes that a total exemption from these rules is necessary due to the devastating effects of Brexit and Covid on regional airports.

“Regional airports such as Ireland West have suffered enormously over the past two years. Brexit has been a major challenge as over 80% of passengers use the airport for travel to Britain. The Covid pandemic has had an enormous impact too, leaving the airport closed for several months over the last two years. This is reflected in passenger numbers, which dropped from over 800,000 in 2019 to 143,000 in 2020. As a result the airport has suffered a huge loss of income and many job losses, and it will take some years for the airport to bring passenger numbers back to pre-covid levels.”

“Ireland West Airport is one of the State’s four main airports and a critical driver of economic development and tourism in the Border, Midlands and Western regions, supporting thousands of jobs and contributing over €180 million to the regional economy annually.”

“Joe outlined to us their plans for a new Strategic Development Zone which will have a focus on innovative industries and will potentially create thousands of new jobs. With these exciting plans and as the only airport in the region with a jet-capable runway, Ireland West will be crucial in addressing regional imbalance and reinvigorating the economy in the west of Ireland in the coming years. Therefore, it is key that the airport is supported, and this cannot happen without investment.”

“I have written to the European Commission seeking a total exemption from state aid rules for regional airports such as Ireland West due to the challenges of Brexit and Covid-19. This would allow for major capital investment from the Government and ensure that the airport can recover from the devastating effects of both Brexit and Covid and continue to provide an invaluable service to the people of our region.” ENDS 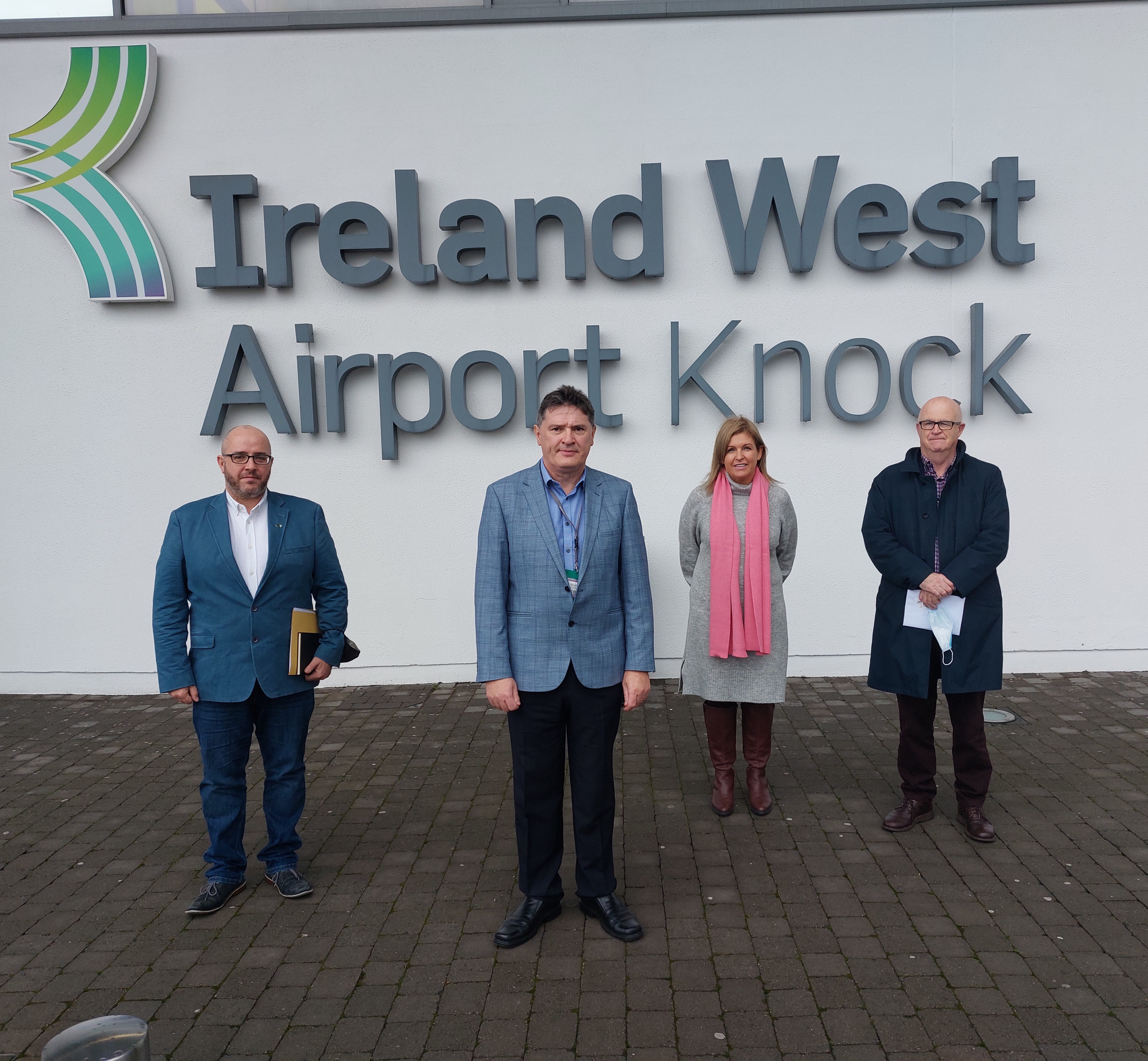